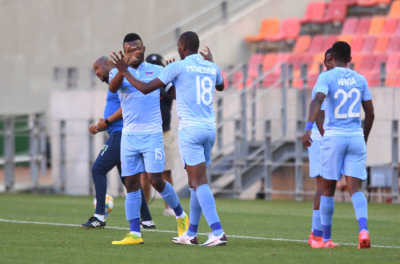 Baroka FC moved into the top eight in the DStv Premiership with a 1-0 win over Chippa United on Tuesday afternoon.

Gregory Damons and Bienvenu Eva Nga were Chippa’s key changes from the win over Pretoria Callies, while Denwin Farmer came into Bakgaga’s side from the draw with Kaizer Chiefs.

Chippa are in a race against time to save their top-flight status, given that they are 15th on the standings with seven games before the curtains come down on their league campaign. They’ve bagged 17 points, four ahead of bottom-placed Black Leopards who have a game in hand.

The Chilli Boys had clear intentions of sending more bodies to Bakgakga’s final third in search of an early breakthrough.

But the visitors were resilient in defence, with Denwin Farmer making a well-time tackle to block a pin-point shot from Gregory Damons. The latter, though, nearly picked out Oscarine Masuluke with a dipping corner-kick but the bulky goalkeeper did well to parry the ball away from danger.

Both teams showed intent to throw bodies forward in search of the opening goal and this allowed Bienvenu Eva Nga time and space on the edge of the area. The burly forward let fly with a rasping effort in the 24th minute, but Oscarine Masuluke got down well to make a comfortable save.

It was, however, until the 41st minute when Baroka found their breakthrough, Goodman Mosele benefitting from a clumsy clearance from goalkeeper Rashid Watenga who had received a back-pass from centre back Sandile Mthethwa.

The Chilli Boys returned to the second half guns blazing, hoping to find an early equaliser – thanks to the introduction of Kurt Lentjies for Eva Nga during halftime. But the visitors held on in the early stages, parrying away all the forays that Chippa threw at them.

The Chilli Boys piled on the pressure and came even closer in the sixth minute of stoppage-time but Frederic Nsabiyumva watched his towering header fly inches wide of goal as Baroka held on for all three points.

Meanwhile Bloemfontein Celtic and Swallows FC played to a 1-1 draw in a DStv Premiership clash on Tuesday evening.

Twitter
More in this category: « Eddie Jones retains 'full support' of RFU after review of England coach. Manchester City withdraw from the European Super League. »
back to top