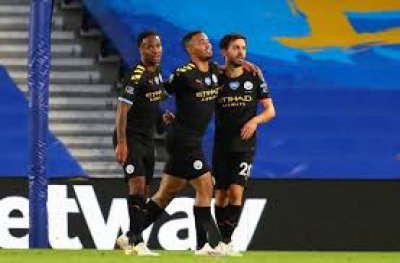 Manchester City have withdrawn from the European Super League (ESL) and Chelsea are also preparing to do so.

Efforts to leave come just two days after both were announced as two of six English clubs to sign up to the controversial new competition.

The ESL has been widely criticised since being announced on Sunday.

Chelsea and City were part of English football's 'big six' clubs - alongside Arsenal, Liverpool, Manchester United and Tottenham - to have agreed to join the new league.

In total, 12 European clubs announced their intentions to form the breakaway league, which they hoped to establish as a new midweek competition.

It was condemned by football authorities and government ministers in the UK and across Europe by Uefa and leagues associations.

Chelsea were the first club to indicate they will not press ahead by preparing documentation to withdrawn. City withdrew soon after.

Chelsea and City were not drivers of this plan, they were the last to sign and feared being left behind.

It is not clear how easy it is or how binding the contracts are.

Clearly something changed on Tuesday, whether it was the backlash, the worldwide condemnation, the political pressure or whether the players have have had their say.

Twitter
More in this category: « Chippa’s relentless appetite to sack coaches might catch with him as they fall deeper into relegation. Manchester United executive vice-chairman Ed Woodward to stand down at end of 2021. »
back to top