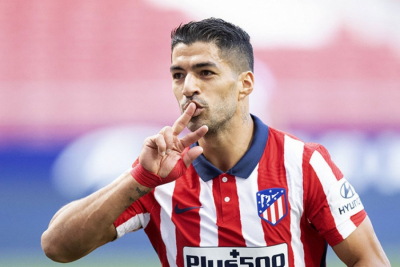 Atletico Madrid returned to the top of La Liga with a win over Huesca 24 hours after withdrawing from the European Super League.

Real Madrid had replaced neighbours Atletico at the summit after a 3-0 win over Cadiz on Wednesday.

"In some moments you have to attack and in others you have to defend. The important thing is that we kept a clean sheet, which means we worked well defensively," said Carrasco.

"We're just focusing on our jobs, the club is the one that has to deal with those things. We're just concentrating on each game," he said.

Diego Simeone's side are three points clear at the top with six games remaining.

Atletico had apologised to fans for causing "confusion" after ending their involvement in the breakaway European Super League.

They are chasing a first La Liga title since 2014 but still have to play title rivals Barcelona away on 8 May.

Huesca are 18th in the table, one point from safety with six games remaining.

Carrasco added the second while Marcos Llorente finished the match with two assists.

Twitter
More in this category: « AC Milan striker Zlatan Ibrahimovic signs new contract extension with Serie A club. Relentless Leicester City round off memorable week with win against West Brom. »
back to top