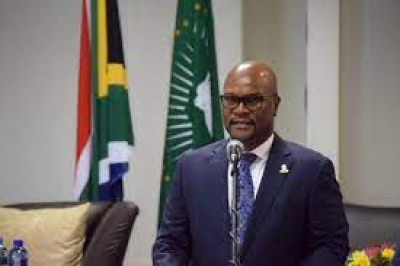 Minister of Sport Nathi Mthethwa has officially informed Cricket South Africa’s interim board and members’ council that he will invoke section 13(5) of the National Sports Act.

After threatening the organisation with his interference since last weekend’s Special General Meeting, the letter, addressed to Interim Board chair, Dr Stavros Nicolaou and CSA’s acting president Rihan Richards, was sent on Thursday evening.

Mthethwa also made it clear that he will write to the ICC to inform them of his plan of action, which could lead to the suspension of the Proteas from international cricket by the governing body.

"I have decided to invoke my powers under the Act and I hereby notify you that I have done so in accordance with s13 (5)(i)-(iii) by defunding CSA and derecognising CSA and I will cause this to be published in the Government Gazette in due course at the earliest opportunity, " Mthethwa wrote in the letter.

He concluded the letter, by stating he’d be informing the ICC about his decision and the reasons for taking them at the earliest opportunity.

Mthethwa’s letter spelt out in great detail the many steps he has taken to try and resolve the administrative crisis at CSA since appointing an Interim Board in October last year. He again re-emphasised the need for CSA to implement a Memorandum of Incorporation that will ensure a new board of directors made up of a majority of independent, with a independent chair.

Richards, acknowledged receiving the letter, saying there were various actions CSA could take, but he did not elaborate on what those would be.

This could now be gazetted within 48 hours.

Twitter
More in this category: « Bayern Münich on the verge to be crowned Bundesliga champions for a record-ninth. Wembley given extra last-16 tie, Dublin loses fixtures - EURO 2020. »
back to top