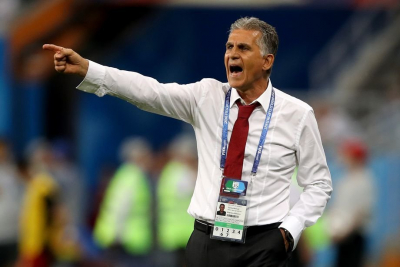 Safa posted a brief statement on their media WhatsApp group on Friday night that the postponement was due to international "Covid-19 travel issues".

"We will reschedule the announcement to next week and further updates will be provided on this page. We apologise for the inconvenience caused."

Safa’s national executive committee (NEC) were to meet at Safa House in Nasrec, Johannesburg on Saturday to confirm the new coaching appointment, after which an announcement would have been made.

The new Bafana coach replaces Molefi Ntseki, who was released from his contract on March 31 following the national team’s failure to reach the 2021 Africa Cup of Nations.

The Portuguese was in charge of Bafana Bafana for two years from 2000, taking the team to the 2002 Africa Cup of Nations quarter-finals and qualifying them for the 2002 World Cup.

Queiroz guided Real Madrid for one year from 2003, either side of spells as senior assistant to Alex Ferguson at Manchester United.

His most recent post was coach of Colombia, who sacked him last December with the nation lying seventh in the 10-team South American 2022 World Cup qualifying group.

Twitter
More in this category: « Maritzburg United and Baroka FC play out to a draw at Harry Gwala. Japan declares virus emergency in Tokyo as Olympics edge closer. »
back to top