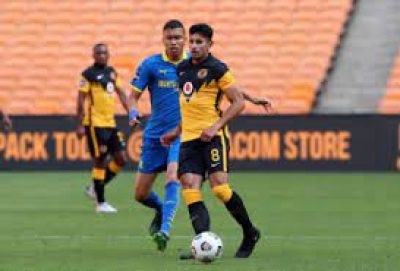 Mamelodi Sundowns unbeaten run in the DStv Premiership come to an end with a 2-1 loss against Kaizer Chiefs on Sunday afternoon.

Sundowns came with three changes from the goalless draw against AmaZulu in Gift Motupa, Andile Jali and Brian Onyango, while Chiefs gave Leonardo Castro a return.

Masandawana had a penalty appeal denied by referee Phillip Tinyani in the 25th minute after Daniel Cardoso felled Gift Mothupa inside the box.

Castro should’ve capped his return with a goal on the half-hour mark after he burst through the defence from a chest down by Khama Billiat, but he scooped over target from good footwork.

Four minutes later, Sundowns went on a typical attack and Mothupa set Sirino through on goal, and he easily rounded off Itumeleng Khune and pushed the ball into an empty net.

A further set-back followed for the Glamour Boys a minute before the break after an injury to Billiat saw Dumisani Zuma enter the field.

The second half was more of the same with Sundowns’ patient build-ups, and Chiefs’ quick counters. Much to Gavin Hunt’s worry, Sundowns were finding the space through his defence with more ease.

In pursuing the equaliser, the Amakhosi brought on more firepower on 62 minutes in Samir Nurkovic for Lebogang Manyama.

It is a change that reaped rewards in the last 20 minutes after the self-same Nurkovic made Mosa Lebusa direct his cross into their own net.

The turnaround was completed within seconds as Zuma beat the offside trap to run clear from a through ball and pick out the bottom-corner.

With 10 minutes to the end, Zuma had a chance to increase his tally from a set piece just outside the Masandawana box, but he sent his shot wide and off target.

Meanwhile Golden Arrows were denied a chance to reclaim second spot in the DStv Premiership table after they were held to a goalless draw by relegation-threatened Chippa United on Sunday afternoon.

Twitter
More in this category: « Man United, Leeds play out drab draw as tensions grow fiery off the pitch. Griezmann brace hands Barcelona comeback win against Villarreal. »
back to top