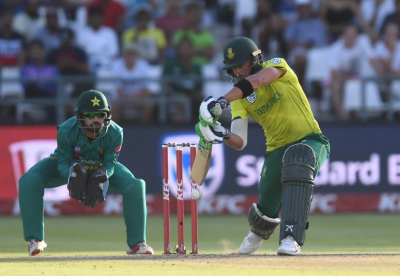 Cricket SA has averted a potential disaster after the Members’ Council and the Interim Board finally reached an agreement on all outstanding issues related to amending the Memorandum of Incorporation (MOI).

The Members’ Council and the Independent Board met on Sunday after the Minister of Sport Nathi Mthethwa had threatened to strip CSA of its status as the game's official cricketing body by "defunding" and "derecognising" the body.

Mthethwa consideration to invoke Section 13 of Sports Act was due to the reluctance of the Members' Council to agree to a majority independent board, as proposed by the Nicholson report due to the the Members’ Council believing that not all facts were presented by the Interim Board in terms of the vote that recently vetoed the adoption of the proposed Memorandum of Incorporation.

"Today is a historic day for cricket in South Africa and we look forward to being part of a new governance structure for cricket and playing our part in ensuring sound administration of the game we hold so dear. I am grateful to my Members’ Council colleagues and the Interim Board for ensuring that we avert a proposed ministerial intervention which would have caused cricket in our country irreparable harm."

Speaking on behalf of the Interim Board, chair Dr Stavros Nicolaou said:" Today we reached an important milestone, and I am delighted that the Members’ Council and the Board reached agreement on a new governance structure.

"We have now successfully managed to fulfill the mandate given to us by Minister of Sport, Arts and Culture, Mr Nathi Mthethwa. We trust that this important agreement will give confidence to all cricket’s stakeholders specifically, players, staff, sponsors and all in the country who love the game of cricket. We owed it to our country to find a solution to cricket’s governance challenges.'

This agreement will now trigger an expedited process to adopt the MOI in terms of the Companies Act (s60) within 48 hours.

Meanwhile staff members at Cricket South Africa have written to Mthethwa – pleading him to rethink his decision to invoke section 13 of the National Sports Act.

Mthethwa announced that he would official use his powers to intervene with the organisation by removing CSA’s recognition as the authority power of cricket in the country. His interference could be gazetted as early as this coming week, which will most likely lead to an international ban for the Proteas teams.

Some operational staff, though, are hoping they can convince Mthethwa to make a last minute u-turn on his decision, saying the intervention will cause severe threats to the jobs of those people.

"This intervention not only has the potential to put our jobs at risk but also the jobs of people at our Member Boards," read the letter, which included director of cricket Graeme Smith, to Mthethwa.

"It also has the potential to set us back in terms of any sponsorship that CSA has acquired and any future sponsors who wish to be aligned to this great game. Thereby affecting the day-to-day operations. Undoubtedly, we are aggrieved by the situation currently and are concerned about our jobs and therefore, livelihoods. We are sure that you would understand the ripple effect that your office’s decision would have on us as ordinary workers, whose respective families rely on for financial and other well-being of various kinds.

"We therefore implore the minster of Sports, Arts and Culture, Hon. Nathi Mthethwa, to please reconsider the current position."

Twitter
More in this category: « Darmian strikes again as Inter beat Verona to close in on title. A lesson in dreams from JC Ritchie. »
back to top