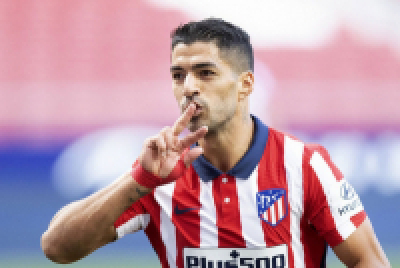 Alex Berenguer scored early for the hosts but Stefan Savic looked to have rescued a point until Martinez struck.

Atletico remain two points above both Real Madrid and Barcelona, with Sevilla a point further back in fourth.

But Barca, winners earlier on Sunday at Villarreal, have a game in hand and can go top by beating Granada on Thursday.

Atletico paid the price for a poor first half against a Bilbao side that had lost two Copa del Rey finals - the delayed 2020 showpiece to Real Sociedad and the 2021 edition to Barca - this month.

Atletico improved after the break, Marcos Llorente drilling just wide from 20 yards before Savic glanced home a corner to equalise - but Martinez powered home a set-piece header to win it.

One of Barca's remaining six league games is at home to Atletico on 8 May.