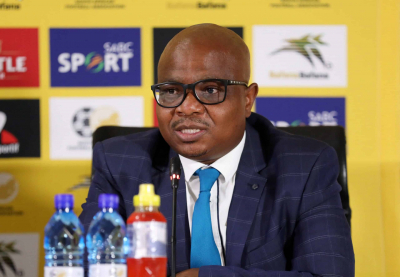 The South African Football Association (Safa) says it has "finalised" its deal with the new Bafana Bafana coach.

In a brief media statement sent out on Friday afternoon, Safa said everything was in order.

"We have concluded and finalized all the outstanding matters and we will announce the new coach next week," said Safa CEO, Advocate Tebogo Motlanthe.

"The two parties (Safa and the new coach) have resolved all matters and what remains now is to officially announce him next week," added Motlanthe.

Safa were initially supposed to announce the man to replace Molefi Ntseki last weekend but postponed, citing traveling issues due to Covid-19 restrictions as the reason.

Reports coming out of Egypt suggested that Safa had tried to convince Pitso Mosimane to leave Al Ahly and come back home to coach Bafana, but refused.

The names of the likes of Carlos Queiroz, Hugo Broos and Herve Renard have been thrown around and said to have been part of the list of five recommended by Safa’s technical team after sitting through CV’s of applicants.

Bafana's new coach will head straight into the 2022 FIFA World Cyp qualifiers in Group G with Ghana, Ethiopia, and Zimbabwe with their opening games taking place in June against the Warriors.