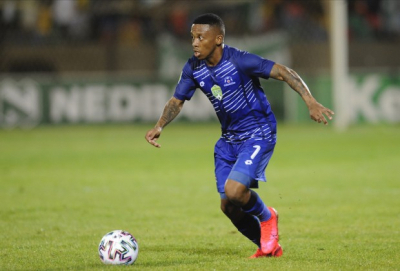 Maritzburg United and Swallows FC played to a 1-1 draw in a 2020-21 DStv Premiership match on Friday.

The result moved the Team of Choice four points clear of the relegation zone, while a 16th draw of the season and fourth successive stalemate took the Dube Birds above Soweto rivals Orlando Pirates and up to fourth.

Maritzburg threatened early through Thabiso Kutumela who has been in hot form of late. The United skipper powered a long-range effort over the crossbar in the second minute before watching his free-kick attempt skid off the wet surface and narrowly wide of goal.

Swallows finally tested Marcel Engelhardt two minutes after the half-time break, but Lebohang Mokoena too could only succeed in sending his shot down the goalkeeper's throat.

The opener followed soon after as Travis Graham found the back of the net in the 49th minute for a rare goal. The midfielder powered his way into the area before firing home from an acute angle.

Swallows hit back on the hour mark through an unlikely source of their own.

Zephaniah Mbokoma's pin-point cross found an unmarked Sifiso Hlanti who stuck his left-footed effort into the corner of the net to open his account for the Dube Birds.

Both sides searched for the winning strike in the closing minutes, but in the end it finished 1-1 as Swallows jumped to fourth spot while United remained in 13th place.

Twitter
More in this category: « SAFA 'finalise deal' with the new Bafana Bafana coach. LeBron James returns from 20-game absence but LA Lakers lose to Sacramento Kings. »
back to top