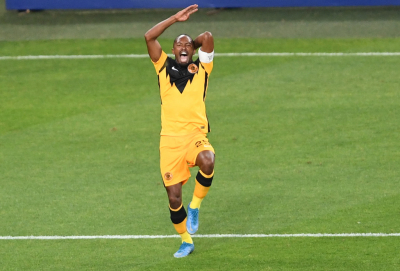 Bloemfontein Celtic face off with Kaizer Chiefs in the DStv Premiership match at the Dr Molemela Stadium this afternoon.

Celtics are placed 11th on the league standings - three points behind eighth-placed TS Galaxy, who have a game in hand.

Justice Chabalala, the Celtic central defender, has stressed the importance of winning their upcoming encounter against Chiefs.

"We are looking forward to the match because we lost our previous game which was against Tshakhuma Tsha Madzivhandila. So, this game is very important for us," Chabalala said.

"We will give our all against Chiefs. Plus this one is at home. So, we have to do everything possible to get the maximum points at home."

Meanwhile Chiefs are placed ninth on the standings - a point behind eighth-placed Galaxy as the battle to qualify for next season's MTN8 continues.

Nkosingiphile Ngcobo, the Chiefs attacking midfielder, says they will make sure that they get the maximum points when they lock horns with Celtic.

"I came back in our game against Chippa United, but things didn’t go our way – we lost the game. But we should have scored a few goals in the first 30 minutes, but we didn’t," Ngcobo said.

"So now we just have to focus on our next game which is against Bloemfontein Celtic. It won’t be easy, but we are prepared and we are going to make sure that we go there and get maximum points."

Twitter
More in this category: « Jose Mourinho says he will 'wait to be back' after sacking. Manchester City need six points to guarantee the title. »
back to top