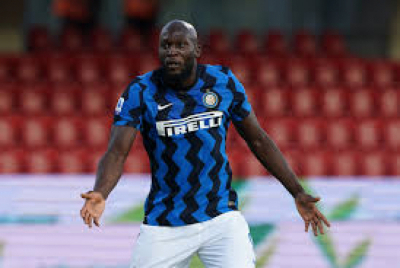 Inter Milan closed in on their first Italian Serie A title since 2010 with second-half goals from Christian Eriksen and Achraf Hakimi at Crotone.

Inter will be crowned champions on Sunday if second-placed Atalanta fail to claim all three points at Sassuolo.

Denmark midfielder Eriksen broke the deadlock shortly after being brought on as a substitute by boss Antonio Conte.

Hakimi added another in injury time as the away win also confirmed bottom side Crotone's instant return to Serie B.

Even if Atalanta earn victory against eighth-placed Sassuolo, Inter know they would need just one point from their final four matches to lift the Scudetto.

Conte's side are 14 points clear of Atalanta and have a superior head-to-head record over their nearest rivals.

"The season we are having is the result of a constant growth from every point of view, not only technical and tactical, of mentality, sharing, living it intensely," Inter boss Antonio Conte told Sky Italia.

"All the players, even those who are less involved, have created something rock-solid.

"We understood the importance of doing something extraordinary and entering into the history of Inter.

"We are succeeding in toppling a reign that has lasted nine years. These players deserve to be congratulated."

It would represent another title triumph for Conte, who led Juventus to three consecutive Serie A titles between 2012 and 2014.

The former Italy and Chelsea manager has transformed Inter's fortunes since arriving in May 2019, leading them to a Serie A runners-up finish and the Europa League final last season.

It followed a downturn in the club's fortunes over much of the previous decade, having finished as low as ninth in 2013 and not reaching a major final in the previous seven seasons.