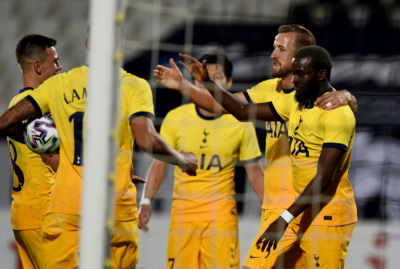 Gareth Bale's hat-trick gave Tottenham a comfortable victory over relegated Sheffield United as they maintained their pursuit of European football.

Bale flicked in the opener when it was lifted over the top by Serge Aurier before the right-back teed him up to thump in the third in the second half.

The Welsh international was played in by Son Heung-min on the break for his second - a thumping strike which flew into the top right corner.

Son rounded off a dominant Spurs performance when he curled in a superb fourth goal.

The South Korean also had a goal disallowed for offside five minutes into the second half.

Sheffield United, who were relegated on 17 April following defeat to Wolves, had one shot on target and were unable to test goalkeeper Hugo Lloris.