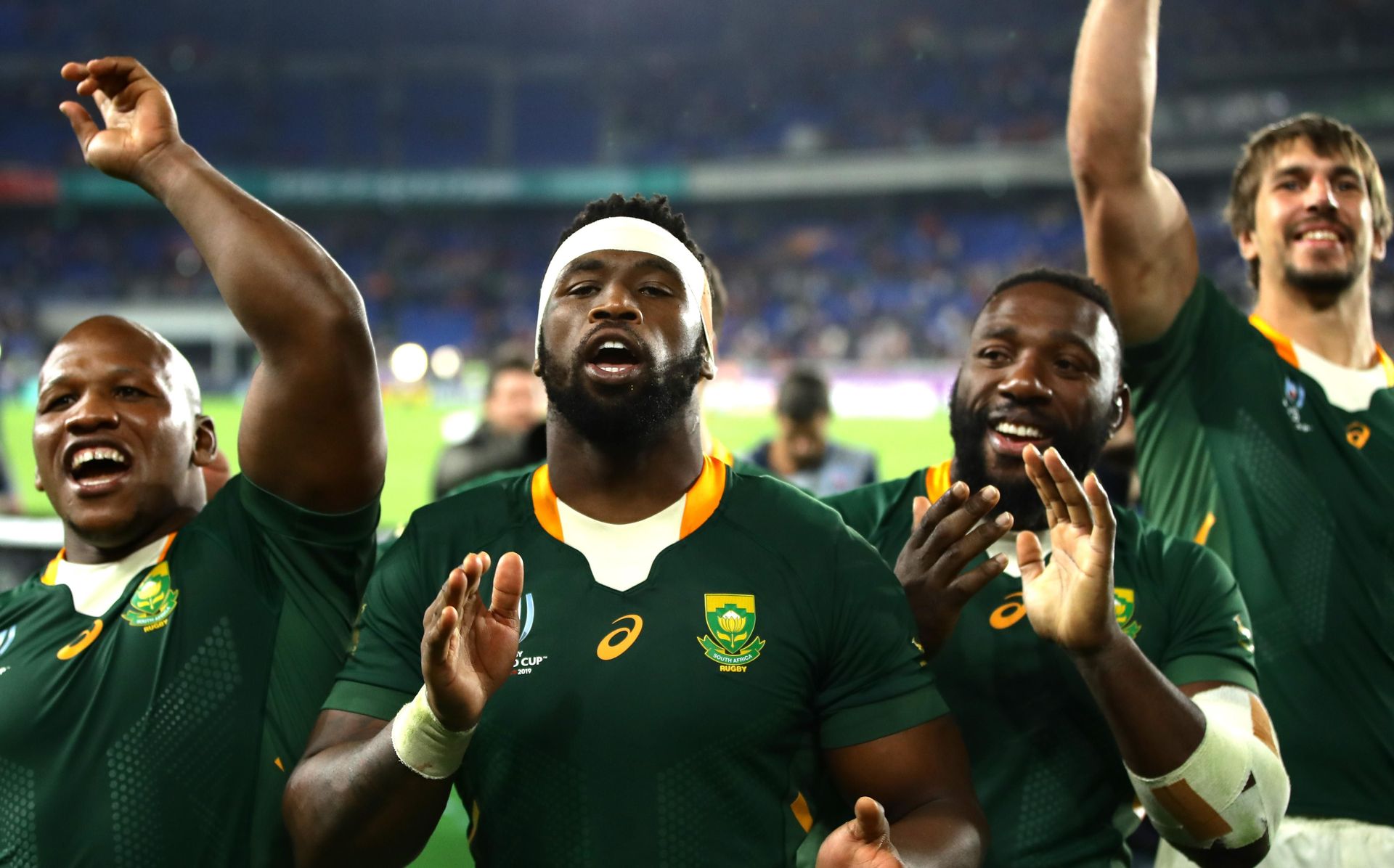 Springboks captain Siya Kolisi and his team have thanked South Africans for their support in a video taken in their locker room in Yokohama, Japan.

"We just want to say thank you so much for your support. It really means a lot to us. We gave our best today for you and please one more week to go, six more days... Keep on supporting us and send the messages. We appreciate it," Kolisi said with his team in the shot.

The Springboks captain paid tribute to Rassie Erasmus, South Africa’s director of rugby, for believing in him.

“The coach gave me my first contract when I was 18 and he has coached a lot of the guys at different times.”

Meanwhile South Africans have responded to the team’s messages, with many saying they’re looking forward to watching the Boks play in the finals of this year's Rugby World Cup.

Tweet
More in this category: « Lewis Hamilton will clinch his sixth championship at the US Grand Prix next Sunday. Tiger Woods equals Sam Snead’s PGA Tour record with 82nd title. »
back to top