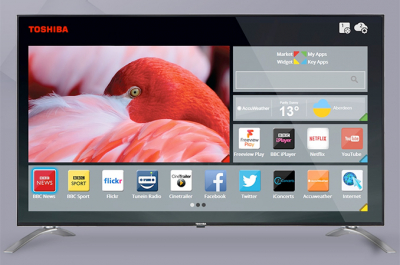 Toshiba was founded in 1939 as Tokyo Shibaura Denki and changed the company name to Toshiba Corporation in 1978.

The company developed Japan’s first transistorised televisions in 1959 and has been manufacturing televisions ever since.

In 2010 the company commercialized the world’s first 3D LCD TV which do not require dedicated glasses. Toshiba was also the first to introduce an Android capable Smart TV in 2014.

Toshiba said despite not having a strong presence in South Africa, it still manufactures great televisions in the tradition of Japanese quality and innovation.

Toshiba’s TVs sold in South Africa are manufactured in Cape Town, which the company said will create job opportunities to the community.

"We are proud to be producing TVs in South Africa again," said Toshiba spokesperson Mohamed Hamdy. "This will build on Toshiba’s history and deep relationships with South Africa."

Toshiba Smart 4K LED TVs are available from Takealot and other leading retailers, starting from R4,299.