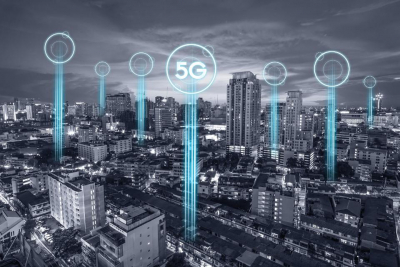 Communications and Digital Technologies Minister, Stella Ndabeni-Abrahams, has announced that R27 billion has been pledged by operators and vendors to usher in 5G fibre technologies in South Africa.

The Minister said this when she tabled the department’s budget vote during a mini plenary of the National Assembly on Tuesday.

"We believe that partnerships and collaborations are key to taking our sector to greater heights.

"I am therefore pleased to announce that R27 billion is being pledged collectively by the operators and vendors to expand the 4G network, and to deploy the 5G and fibre technologies in South Africa, which has been tested by some operators," she said.

The announcement comes not long after mobile giant MTN launched 100 5G sites around the country, including in Johannesburg, Cape Town, Bloemfontein and Gqeberha.

Ndabeni-Abrahams said the network expansion is also extending to rural and underserved areas, which will benefit communities and create jobs.

"As such, I hope that the licensing of the Wholesale Open Access Network (WOAN) and the High-Demand Spectrum will complement these rollout plans.

"In line with government’s vision of connecting 80% of public buildings by 2024, our entities will connect 6687 sites across the country."

As per the President’s announcement during the State of the Nation Address earlier this year, the Communications and Digital Technologies Department commenced with the analogue switch-off in March this year.

To date, government has switched off a total of 32 sites in the three priority provinces.

This represents 40% of the planned sites in the three priority provinces of the Free State, Northern Cape and North West.

"The analogue switch-off process is targeting to release the much-needed 700MHz and 800MHZ digital dividend spectrum.

"The spectrum will be released in a phased provincial manner across the country towards our goal of end of March 2022.

"This process, combined with the digital-to-digital migration, will make available a total of 168MHz spectrum in each of the provinces,” the Minister said.

The department is working with the TV broadcasting industry to ensure that the target of March 2022 is realised.

"This will allow spectrum availability for IMT(International Mobile Telecommunications) services on broadband, which ICASA is in the process of licensing.

"The remaining five provinces will have a voucher-system model. We are looking forward to the effective partnership with the industry and support when we begin to roll out the voucher system towards realising a successful migration process.

"We call upon everyone across the country to rally behind us when we pave the way for a better South Africa for ourselves and the future generation,"Ndabeni-Abrahams said.

More in this category: « WhatsApp and Facebook to face government questioning over controversial privacy changes. MultiChoice Group partner with the Solidarity Fund on COVID-19 Vaccine campaign. »
back to top