WhatsApp messages and social media posts will soon land you with a fine or jailtime. 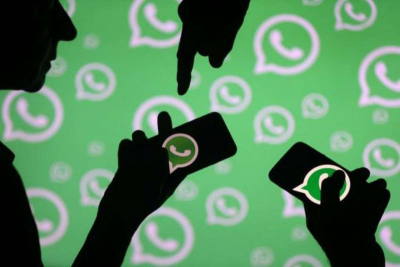 In terms of the Cybercrimes Act, messages that threaten destruction to an individual’s person or property are criminal offences. Specifically, section 14 of the Act provides that:

"Any person who discloses, by means of an electronic communications service, a data message to a person, group of persons or the general public with the intention to incite—

(a) the causing of any damage to property belonging to; or

(b) violence against, a person or a group of persons, is guilty of an offence."

A person who is convicted of an offence under the Cybercrimes Act is liable to a fine or to imprisonment for a period of up to fifteen years or to both a fine and such imprisonment as may be ordered in terms of the offence.

"As a society, we have noticed of late the rise of online-based conduct in the form of spreading malicious and harmful messages,". The question should be asked – to what extent has this contributed to the current dissidence."

A recent posts on Twitter which encouraged the imminent violent protest action with the hashtags #ShutdownSA and #FreeJacobZuma.

One such post contained an image of a poster that calls for the shutdown of KZN.

"An additional question to be answered to satisfy the definitional elements of section 14 of the Cybercrimes Act is whether there is an intention to incite damage to property or violence against a person or groups of people."

In the case of Economic Freedom Fighters and Another v Minister of Justice and Correctional Services, the Constitutional Court held that the test for incitement is whether speech or conduct incites another or others to commit serious offences either at common law or against a statute or statutory regulation.

The Constitutional Court gave examples of crimes such as murder, rape, armed robbery, fraud and corruption and further stated that other crimes which are deemed evil by their very nature would constitute serious offences."

The Criminal Procedure Act 51 of 1977 may also provide further guidance in that they list offences that seem to qualify as serious."

"These include public violence and breaking and entering with intent to commit an offence, all of which we have seen in the recent civil unrest.

"Consequently, tweets reflecting messages as reflected above could very likely be interpreted to fall within the ambit of section 14 of the Cybercrimes Act."

Although legislation such as the Cybercrimes Acts is not the answer to curing the root cause of the civil unrest, it can still serve to assist our security and policing cluster in effectively intercepting and, where necessary, prosecuting such offences.

More in this category: « Have you considered an Artificial Intelligence (AI) powered business? Sanlam taps gamification to teach kids how to save. »
back to top