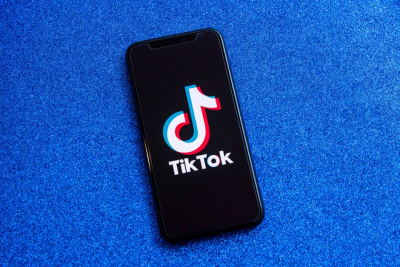 The Electoral Commission and Media Monitoring Africa (MMA) have joined hands with major social media platforms to fight the spread of disinformation, in the run up to, during and beyond the 1 November 2021 municipal elections.

The Commission and MMA, who in 2019 launched a joint action - to deal with disinformation, have reached an agreement with Google, Facebook, Twitter and TikTok to support its efforts to end the scourge of disinformation.

Commission Vice-Chairperson Janet Love said the framework was important because disinformation poses a threat to the exercise of various rights and to the access of constitutional protections, including freedom of expression, access to credible information and the freedom to make informed political choices.

"The dissemination of disinformation has huge potential to undermine the fairness and credibility of elections. It also threatens democratic political and policy-making processes. Credible information is the lifeblood of all democracies. Trustworthy information is crucial in the process that enables citizens to choose their leaders.

"There has already been commitment to and contributions from the platforms to providing training to enable the identification of disinformation and to maximise the positive communication opportunities that digital platforms potentially provide.

"This has been offered to a wide range of role-players, including political parties. Working to counteract misinformation and distortions from becoming the focus of citizens, the Electoral Commission and MMA have entered into this ground-breaking agreement to cooperate with the four major social media platforms," Love said.

Real411 to deal with disinformation

The Commission and MMA will use Real411, a system developed by the MMA, as a key component of their respective and combined efforts to deal with disinformation and misinformation.

The Commission and MMA will also use a separate software - PADRE - to identify and eliminate misinformation and disinformation contained in advertisements published in all media.

"Disinformation goes against the Code of Conduct and the electoral laws. On Real411, once a complaint has been reviewed and points to constituting disinformation or misinformation, the Commission will notify the affected online platform.

"This notification will be acknowledged and processed as expeditiously as possible by the online platform," said William Bird, MMA’s Africa Director.

"The social media platforms have appointed persons or teams during the election period to prioritise referrals from the Commission. Actions taken by the platforms are in terms of their policies and may include the removal of the content, the publication of an advisory warning and/or the delisting of the post.

"With regard to advertising content by contestants, PADRE will enable all stakeholders to make use of this transparent repository of political advertisements.

Disinformation is defined as false, inaccurate or misleading information designed to intentionally cause harm.

Within an election context this includes false information intended to unduly affect participation in, and the outcome, of elections.

The digital disinformation reporting platform – Real411 - forms part of the work of the Electoral Commission’s Directorate of Electoral Offences which was first established ahead of the 2016 Municipal Elections to investigate alleged breaches of the Code of Conduct and prohibited conduct as contained in the Electoral Act.

The Commission’s Directorate operates when the Elections Timetable has been proclaimed.  It consists of a panel of independent attorneys appointed to investigate complaints and make recommendations for possible further action to the Commission.

The appointment of an external legal firm is designed to safeguard the independence and the integrity of the Electoral Commission in relation to the investigation of such complaints.

Noting the power and speed of social media, the cooperation with online platforms will help to enable the rapid submission and consideration of any complaints received in relation to alleged disinformation.

Complaints will be considered by a panel of relevant experts including those with expertise in media law, social and digital media. They will make recommendations for possible further action for the consideration of the Commission.

Such action could include:

• Referring the matter to the Electoral Court

• Issuing media statements to alert the public and correct the disinformation

In addition to the online reporting platform, the initiative will also include the respective disinformation-related policies of the different platforms and information to help educate voters about the dangers of disinformation and how to spot "fake news".

The social media partners applauded the historic commitment to cooperate with the Electoral Commission and the MMA in the Real411 initiative.

The partners said they have policies and mechanism in place to counter disinformation and would continue to use these as contribution to the collective effort to eradicate falsehoods.

"Elections continue to be a priority for us at Facebook. Over the years we’ve dedicated unprecedented resources with protecting election integrity at heart, including our ongoing work in reducing misinformation, supporting civic engagement and increasing transparency in political advertising.

"Twitter’s number one priority is the health of the public conversation and we are deeply committed to protecting and supporting election conversations around the world. We recognise the role Twitter plays in political discourse and will continue to ensure that those using the service are doing so in a safe and secure manner.

"Since 2019, we have banned political ads as we believe political reach should be earned, not bought," said Emmanuel Lubanzadio, the Head of Public Policy, Sub-Saharan Africa at Twitter.

"At TikTok, we do not permit misinformation that causes harm to individuals, our community, or the larger public regardless of intent.

"This applies across all content on our platform, irrespective of whether user-generated or paid ads. In fact, we have taken the additional step to prohibit paid political ads as we don't believe this is part of the experience users come to TikTok for - as the last sunny corner of the internet,"said Fortune Mgwili-Sibanda, Public Policy and Government Relations at TikTok.

"We are supportive of the IEC and MMA’s efforts to combat the spread of non-legitimate information on online platforms in the lead up to the municipal elections.

"We continue to encourage our community to stay up-to-date with our community guidelines and safety centre resources, aimed at making the TikTok experience an enjoyable, creative and safe experience.

"We have also created a special hub on our platform’s Discovery page, where South African users are able to find all the information they need ahead of the elections,"said Mgwili-Sibanda.

"Google’s mission is to organise the world’s information and make it universally accessible and useful. Disinformation runs counter to that mission and, therefore, to our core business interest.

"That is why we invest heavily to counter efforts seeking to deceive, harm, or take advantage of users, and curb the spread of low quality information on our services,” said Charles Murito, Director for Government Affairs and Public Policy of Sub-Saharan Africa at Google.

More in this category: « Making the most of Data-Driven Digital Transformation. Facebook changes name to Meta & tries to move on from controversies. »
back to top