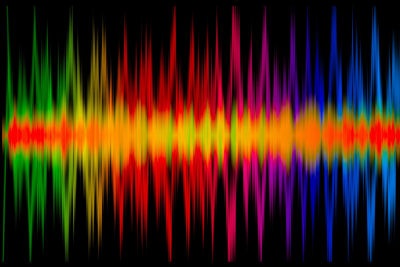 On Wednesday (5 January), Telkom said it had filed an application asking the Gauteng High Court to review and set aside the invitation to apply, which outlines the auction rules, spectrum bands and licence obligations, published by ICASA in December.

In court papers, Telkom called the contemplated auction process unlawful, illegal, irrational and unreasonable given that the invite is "tainted by a number of reviewable errors".

These errors include the auctioning of the sub 1 Gigahertz (GHz) frequency band when it is not yet available and is the subject of a legal challenge brought by e-tv, similar to objections raised by the company last year.

Telkom said the outcome of the legal proceedings, set for hearing from 14 March, will have a material impact on the availability of spectrum in this band.

The operator is also fighting the lack of clarity around the timing in licensing a Wholesale Open Access Network, which refers to a single large network available to all mobile operators so that they do not need to build their own infrastructure.

One of Telkom’s primary concerns is that e-tv has refused to migrate away from old analogue terrestrial TV technology by March 2022.

E-tv is sitting on spectrum that Telkom desperately wants. This is because MTN, Vodacom, and Cell C all have an assignment of frequencies below 1 gigahertz (GHz), while Telkom does not.

However, without access to sub-1GHz, Telkom said it is at a disadvantage compared to its competitors, especially when trying to provide rural coverage.

Meanwhile the Minister of Communications and Digital Technologies, Khumbudzo Ntshavheni, has noted the new court application by Telkom to set aside the Invitation to Apply (ITA) for International Mobile Telecommunications (IMT) spectrum issued by ICASA.

In a statement, the Department of Communications and Digital Technologies said that this development happens without affording Minister Ntshavheni an opportunity to resolve whatever concerns Telkom may have with the current ITA.

"The Minister reiterates that the conclusion of a process to release the IMT spectrum by 31 March 2022 is important for the country to reap the benefits of the digital dividend in the country’s quest for post COVID-19 pandemic economic recovery, job creation and transforming SA into a digital economy," the department said.

The department said the Minister is taking legal advice and would respond accordingly to Telkom’s court application.

"In the meantime, the Minister will engage Telkom and all relevant parties with the aim to reach an out of court settlement and avoid further delays in the release of spectrum," the department said.

More in this category: « Uber to allow users to book rides via WhatsApp. Digital Transformation in SAs public sector – a view from the inside. »
back to top