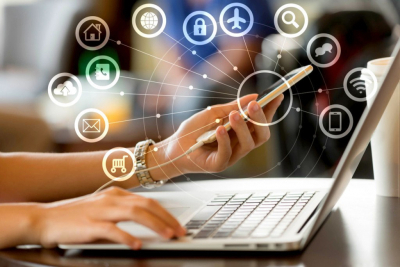 Dell Technologies Inc shares fell as much as 12% in extended trading after giving a disappointing profit forecast and reporting quarterly earnings that fell short of Wall Street estimates.

The hardware maker also said component shortages will prevent the company from meeting demand for its products and supply chain constraints are raising the costs of shipping and logistics.

Profit, excluding some items, will be $1.25 to $1.50 a share in the period ending in April, Dell executives said Thursday on a conference call. Analysts, on average, projected $1.52 a share.

Earlier, the company reported fiscal fourth-quarter adjusted earnings of $1.72 a share, compared with estimates of $1.94, on a "higher than anticipated" tax rate.

Dell and other PC makers have been boosted the past year and a half from sales of equipment needed to support the pandemic-fueled surge in remote work. Researcher Gartner Inc reported last month that Dell’s PC shipments increased 7.9% in the fourth quarter while total global shipments declined 5%.

While the company reduced its backlog of PC orders to the "high end" of the normal range in the quarter, it will increase again in the current period, chief operating officer Jeff Clarke said on the call. The backlog for Dell servers as well as storage and networking hardware will continue through the first half of the year because of supply constraints, he said.

Still, the company said sales will be as much as $25.7 billion in the current period. Analysts estimated $24.5 billion.

Revenue increased 16% to $27.9 billion in the three months ended Jan. 28, slightly better than analysts’ average projection of $27.5 billion, according to data compiled by Bloomberg. Sales were bolstered by a 26% rise in fiscal fourth-quarter revenue from PCs to $17.3 billion, the Round Rock, Texas-based company said in a statement.

Revenue from the Infrastructure Solutions Group, which includes most of Dell’s technology services, increased 3.4% to $9.22 billion from a year earlier. Server and networking sales gained 7% to $4.7 billion while storage hardware revenue was little changed at $4.5 billion.

Last year, Dell spun out VMware Inc, the software vendor acquired in 2016 as part of its $67 billion purchase of EMC. Dell used the $9.3 billion gained through the spinoff to further pay down the debt accumulated in the deal. The company said Thursday it would provide shareholders regular quarterly dividends, beginning at 33 cents a share on April 29.

Chief Ffinancial officer Tom Sweet said the spinoff was among the transactions that drove Dell’s tax rate higher than anticipated. The company reported a tax rate of 39.6% in the quarter, compared with 26.7% a year earlier, which reduced earnings about 19 cents a share.

The shares fell to a low of $49 in extended trading after closing Thursday at $55.84 in New York. The stock has dropped less than 1% this year.

With inputs from Bloomberg.

More in this category: « How purpose-led brands are bridging SA’s gaping educational digital divide. All you need to know about WhatsApp Messages you can no longer send. »
back to top