Telkom to continue with spectrum lawsuit against ICASA. 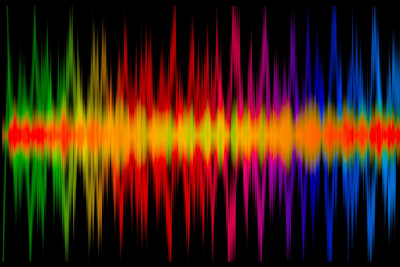 Telkom is going ahead with its legal action against communications regulator Icasa's spectrum auction, despite the risk that, if it's successful, it could lose access to spectrum it secured through the recent licensing process.

The partly state-owned telecommunications operator also warned investors on Monday that its free cash flow year to date is in "negative territory", tracking below its expectations. Payment of R1.1-billion that it needs to make to Icasa for access to spectrum this financial year will impact its financial performance further.

Telkom said it was constrained in the auction to acquire the amount of spectrum it said it needs to compete effectively against market leaders Vodacom and MTN.

"To secure its ability to compete effectively in the mobile market, Telkom persists with its court application to ensure that the licensing of spectrum promotes effective competition in the mobile market in line with the objectives of the Electronic Communications Act," the company said. "Telkom’s application is set down for hearing on 11-14 April, and the outcome may impact the auction and its outcome."

In the spectrum auction, which was concluded in mid-March, Telkom agreed to pay R2.1-billion for 20MHz of the 800MHz band – the first time it has secured mobile spectrum below 1GHz – as well 22MHz of the 3.5GHz band.

The auction fee is due within 30 days of the conclusion of the auction and is made up of the full amount relating to the 3.5GHz band and a proportional payment for frequencies at 800MHz that are immediately available (not used by broadcasters ahead of the completion of the long-delayed digital television migration project).

Despite free cash flow being negative territory for Telkom’s full financial year, the company said it has "adequate capacity on its balance sheet to fund the spectrum while maintaining sufficient headroom of its loan covenants".

"The long-term strategic benefits of the spectrum acquisition outweigh the short-term financial impact. Since inception, Telkom Mobile has not owned sub-1GHz spectrum. The 20MHz of 800MHz, once available, will enable more efficient network deployment, increased coverage and capacity on the mobility layer resulting in improved user throughput and experience, particularly in rural areas.

"Telkom already leads the market with providing fixed-wireless access service. The acquisition of 22MHz of 3.5GHz will enable us to advance an enhanced 5G position through combining our existing 28MHz at 3.5GHz to achieve a total of 50MHz of contiguous spectrum in this band," it said.

More in this category: « Users will be blocked from using Meta unless they agree to new privacy changes. Three changes planned for WhatsApp that you need to know. »
back to top