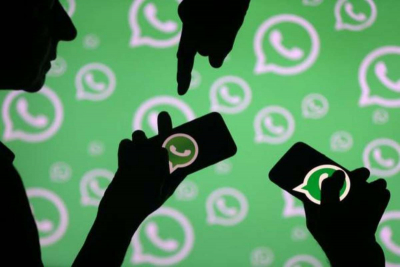 Zuckerberg confirmed that the feature will begin rolling out to all users from Thursday (5 May). The feature will allow users to react to messages with an emoji similar to its sister app Facebook Messenger. This includes the ability to 'like' or 'heart' messages sent by other users.

Reactions which have been confirmed for release include:

Meta is also working on several other changes to its WhatsApp messaging service according to insider website WABetaInfo.

The notice will inform you that group participants can see who deleted the message. The update will also include an extended timeframe during which you can delete messages for everyone. The deletion period will be extended to two-and-a-half days.

WhatsApp is also developing a feature that will let users chat using the same account on multiple devices, such as another smartphone or tablet.

WABetainfo reports that the app gives instructions to register a device as a "companion".  This is done by selecting 'Linked Devices' in settings and scanning a QR Code using your primary device.

Once you've linked the secondary device, you can use the chatting platform on another smartphone or tablet even if your primary device is offline.

More in this category: « Meta shares surge after Facebook ekes out user growth. Apple is testing iPhones with USB-C rather than its lightning ports. »
back to top