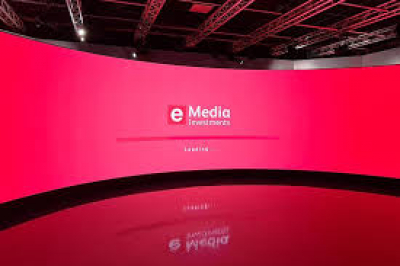 Shares in eMedia Holdings leapt higher on Wednesday after the free-to-air broadcaster that owns e.tv and Openview, said it expected headline earnings per share to jump by as much as 301% in the year to March 2022.

The broadcaster said in a trading statement ahead of the publication of its annual results later this month that it had "an extremely good year given the continued tough economic conditions", with a "significant increase in profits when compared to the prior year".

eMedia's only direct competitor in free-to-air broadcasting in South Africa is the SABC.

"The return to the 'new normal' [following the Covid-19 pandemic] saw advertising revenue return to a state that was better than the financial year just before the pandemic caused the world and South Africa to come to a virtual standstill," eMedia said in the trading statement.

Shares in eMedia, which said it will publish its results on 26 May, were last trading 15.7% higher at R4.80 apiece after earlier jumping to R5.50 on the upbeat update.

More in this category: « Apple is testing iPhones with USB-C rather than its lightning ports. MTN cautions customers to take extra precautions against scams. »
back to top