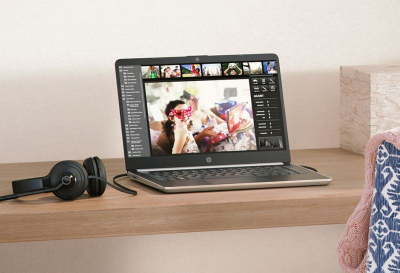 Spare a thought for Jennifer.

You see, as more and more of us are working from home in an attempt to avoid the spread of coronavirus through social distancing, some of us are on steep learning curves when it comes to technology.

Mostly, how to not embarrass ourselves while using it, particularly when we use video conferencing tools to connect with our teams remotely.

Anyone who has ever used video conferencing knows it comes with its own unique set of etiquette rules. Such as:

1. Mute your microphone when you're not speaking so no one can hear your television or screaming child in the background.

2. Only unmute and speak when absolutely necessary, as delays in the feed can make conversations, particularly with big groups, difficult.

3. Make sure you camera is turned off if you're away from your computer and doing something else, such as going to the bathroom.

Now, we'd speculate that no one warned Jennifer, a woman who is now going viral because of her unfortunate mishap when nature called, of that last one.

The US woman apparently forgot about the video component of her Zoom conference call when she began walked away from her desk while carrying her computer.

She then placed her laptop on the floor before entering the bathroom and proceeded to go to the toilet, while the location of her laptop perfectly famed her doing her business while her stunned colleagues watched on.

Points to the woman who continued her very thorough explanation of the 'ethical standards of their profession' while the rest of the people on the call couldn't hide their laughs.

You can see the video below:

Poor Jennifer, she's not used to this new life yet. ? ? ? pic.twitter.com/rHqGtITNSz

When Jennifer realised what was going on, it was too little too late, as she quickly turned the laptop away. Her colleagues continued to call, with Jennifer understandably remaining off camera.

"What happened?" said the woman leading the call, who'd missed what was going on. Her team covered for Jennifer though, as they insisted the speaker carry on.

The video has since gone viral across social media, gaining millions of views. Like the scenario isn't embarrassing enough, it will now live on forever in Google search history.