South Africans opposing a new policy against 5G towers in their backyards. 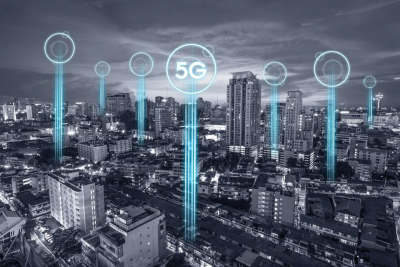 Thousands of South Africans have written complaints to the government over a new policy that would let mobile networks build cellphone infrastructure, like 5G towers, on private land, which they say could devalue their property.

Since Communications Minister Stella Ndabeni-Abrahams gazetted the policy last week, dissent has poured in through the website Dear South Africa, which collects online submissions to challenge or co-form policies before they become law.

"There are concerns about radiation, about the resale value of properties and about this being used as an excuse to expropriate land without compensation," the group's founder, Rob Hutchinson, told the Thomson Reuters Foundation over the phone.

South Africa is one of the most unequal countries in the world, according to the World Bank.

These divides are seen along digital lines, too, with a study by the Research ICT Africa think tank showing only 11% of households have broadband internet access - hampering access to online education, among other services.

The government's proposal says network operators "have the right to enter upon and use public and private land", citing the need for "high speed, high quality networks" to ensure that "rural areas do not lag behind".

But critics worry this is a ruse to exploit private property owners.

"This policy proposes that network operators can erect infrastructure on private land, and property owners cannot charge an access fee and are liable for any damage to the infrastructure," said Hutchinson.

According to the draft policy, owners can charge a "reasonable" access fee if the network operator makes any intrusive changes to their land, but are liable for any damage they cause to communications facilities.

Damage to property caused by the network provider must be repaired by the company and the property owner is entitled to reasonable compensation, the policy said.

The Department of Communications and Digital Technologies was not immediately available for comment.

More in this category: « DStv cuts down on M-Net Movie channels. World's first educational hackathon to be hosted by ADvTECH and Microsoft. »
back to top