Openview clinch a deal to broadcast the SABC channels. 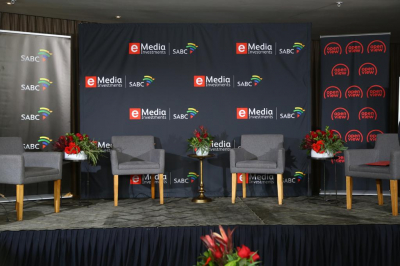 The SABC and eMedia Investments, which owns free-to-air satellite platform Openview, have inked a channel carriage agreement that will see the public broadcaster supplying Openview with six television channels – SABC 1, 2 and 3 and three new channels.

The deal is significant in that it’s the first agreement under which another free-to-air platform in South Africa will carry the SABC’s channels. It will also expand the number of channels the public broadcaster offers to South Africans beyond its three free-to-air terrestrial channels and the 24-hour news channel it supplies to MultiChoice for distribution on DStv.

The SABC and eMedia described the agreement as "ground-breaking" in South Africa’s broadcasting industry. Although Openview has carried the three SABC free-to-air channels on its platform, there has never been a formal agreement between the parties. This deal "regularises" that arrangement and adds additional content to the Openview platform.

"The collaboration … signals a seismic shift in the country’s broadcasting landscape," the two companies said.

"With this agreement, the SABC ensures that its content, in all its formats, continues to resonate with the prescripts of its public mandate, and more so in providing universal access to credible content. The agreement also guarantees high-definition broadcast quality and free access to the SABC’s television network wherever you are in South Africa. For Openview, this agreement enhances its strength in the DTH (direct-to-home satellite) space with additional content and a solid, binding collaboration with the public broadcaster."

In addition to carrying SABC 1, 2 and 3, Openview will carry three extra television channels from the public broadcaster as well as its 19 radio stations.

"Through this agreement, the SABC is officially entering the free-to-air satellite market, which will supplement its channels on digital terrestrial television and streaming platforms. First among the three new channels will be a standalone SABC sports channel that will launch on Openview soon," the SABC said.

The two additional channels will be announced "within the next three months" and will "leverage extensive SABC content and archived material".

The SABC emphasised that it will continue to compete for audience share and advertising with eMedia-owned channels and services, as they currently compete on the analogue network.

The planned SABC sports channel will be distributed simultaneously across Openview, digital terrestrial TV, Telkom One (its streaming partnership with Telkom) and other streaming platforms.