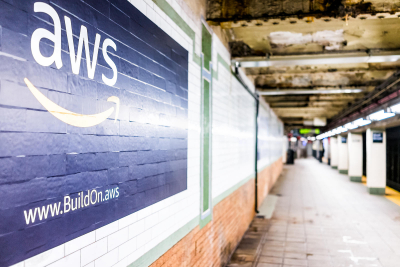 The true value of skill development lies in the ability to create better opportunities, grow the economy through job creation and to empower individuals from all walks of life to break the poverty cycle. With the high costs and often inaccessibility of tertiary education in South Africa, there is a great need for an alternative way of education.

This is according to Clive Charlton, Head of Solution Architecture, Sub-Saharan Africa, Public Sector, Amazon Web Services (AWS).  Cloud giant AWS has teamed up with Explore Data Science Academy to lead this charge through investing in education, training, and certification programs for young South African data scientists, to upskill future data scientists with the skills of the future.

Through the AWS and Explore Data Sciences initiative, students complete an intensive one-year training course that provides a fundamental understanding of software development and cloud computing technologies, giving students the competitive edge. According to Charlton "95% of students who graduate from the academy, find a job with an average starting income of R360,000 a year."

"The courses are extensive, and we also know that the cost of qualifications and training is often a barrier to young South Africans upskilling themselves. As a result, we’ve made a student loan option available as payment, allowing students to access the academy, and only pay for the courses once they are employed," says Charlton.

Vuyo Mpondo, an economics and statistics graduate, is a beneficiary of this new collaboration. An Explore Data Science Academy beneficiary, he is currently placed at Altron BSI as a junior database developer, and will shortly move to Takealot to take up the role of Performance Data Analyst.

"As someone who did not have a background in programming, I doubted my ability to succeed in the academy. Within a couple of months, I was able to write code clearly and complete a project with the help of trainers. I was taught to solve projects using a data-driven approach," says Mpondo.

"Data science is one of the top 10 coolest jobs in the 21st century and Explore Data Science Academy empowered me with right skillset for the fourth industrial revolution. I remember that as many as ten companies were head-hunting some of the students in the academy! That was quite a nice experience for me," he comments.

According to Mpondo, AWS has ultimately had a positive impact on his life: "It has prepared me for inevitable changes like the COVID-19 global pandemic. I’m able to effectively work remotely from the comfort of my home. AWS has changed my life, and now I’m creating my own story in the field of data science."

Unlike Mpondo, who did not have a background in technology, fellow student Refiloe Kitchin already had a National Diploma and some IT training prior to joining the Explore Data Science Academy.

Before being admitted to the academy, Kitchin graduated from college and a US-sponsored programme where he completed a Certificate in Computer Information System. However, jobs were still difficult to come by. “When I came back to South Africa, I struggled to find a job. After eight months of unemployment, I found out about Explore Data Science Academy through Facebook,” she says.

"It was great for me because I already had a huge interest in data science. To successfully go through the application process and to make it into the Explore Data Science Academy was truly an exciting moment – a positive step in the right direction. Little did I know that it was the beginning of great things to come for my career."

Before enrolling with the academy, Kitchin had never been exposed to any of the AWS technologies and this exposure proved to be invaluable. "Even at my current job, my company has continuous training and certification in AWS. These skills are really useful to companies moving towards cloud technology. As an employee that had exposure and experience to services from AWS, it is really satisfying to also be able to play a part in adding value to your own company.”

"I received fundamental AWS skills during my time at the Explore Data Science Academy, and honestly this has had a positive impact on my CV and my capabilities. I am currently furthering my AWS knowledge, skills to get certified," Kitchin says.

Another student, Thabiso Mareletsa, says he first became aware of the Explore Data Science Academy via Facebook in 2018. “Once enrolled, I knew my dreams were about to come true because of the wide variety of people I found there – PhD holders, Masters candidates and dropouts - all in one place. That gave me hope.”

He notes that as the year went by, they were introduced to AWS instances. “We actually had enough computer power to play around with any AI and machine learning models and felt that we could deliver any solution we could dream of.

"We started a team called Data Saiyans and by accessing AWS instances and having buckets on them, we went on to win three hackathons including the Cape to Cairo against Kenya."

Anyone interested in enrolling in Data Science, Data Analytics or Data Engineering courses at the Explore Data Science Academy should visit https://explore-datascience.net

More in this category: « Openview clinch a deal to broadcast the SABC channels. Absa launches cloud computing skills incubator with AWS. »
back to top