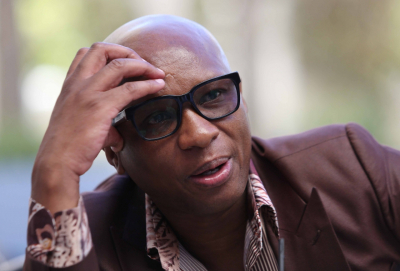 ANC national executive committee member and state security deputy minister Zizi Kodwa has told the governing party’s integrity commission (IC) that he saw no need to appear before it again on "additional" allegations made against him at the state capture inquiry.

Kodwa was previously alleged to have benefited from several payments from the technology company EOH’s Jehan Mackay.

For this he presented himself before the ANC IC which cleared him, saying he "should continue with his efforts to publicly explain the allegations made about him at the state capture commission".

Kodwa has previously said payments made to him by Mackay were transactions between friends and there was nothing untoward.

On Tuesday, it was revealed that Kodwa had, between May 2015 and February 2016, benefited from EOH payments to the tune of R2m, varying from bank deposits to his personal bank account, payments for his luxury accommodation at a holiday destination in the Western Cape and settling his vehicle payments.

Powell revealed how Kodwa intervened to pressure the department of home affairs to cancel a tender bidding process to give EOH a second bite.

Moreover, during this period Mackay appears to have asked Kodwa to ask EOH for a donation to the ANC.

On July 23 2015 Mackay sent an e-mail to Kodwa complaining that there were people using ANC letterheads on invoices yet the bank accounts provided did not match those of the ANC but belonged to individuals or private companies.

In the e-mail, Lunga Ncwana, a businessman from Cape Town who allegedly benefited from SA Social Security Agency corrupt deals under Bathabile Dlamini’s reign as social development minister, is copied.

The invoices attached in the e-mail are purported to be from ANC regions in Nelson Mandela Bay but bank accounts were those of taxi associations in the region.

Mackay complained to Kodwa: "My brother, please look at this. People are using ANC letterheads but changing bank details into individuals’ or company bank details. Please can you look into this for me."

Two weeks after this complaint, Mackay would send another e-mail to Kodwa with the subject "sponsorship".

In the body of the e-mail he advised Kodwa that he, the ANC treasurer-general or whoever the ANC authorised must write to a specific person at EOH requesting funding for the party to the value of R1m.

The state capture inquiry’s chairperson, deputy chief justice Raymond Zondo, chuckled at this, saying many political organisations would kill to have the privilege the ANC had of being asked by a funder to "ask me for a donation".

Seven days after Mackay asked Kodwa to ask the ANC to ask EOH for a donation, Mackay sent to Kodwa the proof of payment for an "elections agency".

On November 2 in the same year, Mackay sent Kodwa a cancellation letter for a tender on which EOH had missed out. The tender cancellation had happened on October 29, a day after which Mackay transferred R50,000 to Kodwa.

On November 4, Kodwa received two R50,000 payments, one from Mackay and another from a company linked to EOH.

On November 25, Kodwa forwarded to Mackay banking details of a car dealership in Bryanston where he had bought a car. The salesman was requesting payment from Kodwa before "need to collect your car".

He booked himself into luxury accommodation in Camp's Bay from December 23 to January 5 at a total cost of R230,000 — more than R16,000 a day. Mackay covered the costs.

Kodwa told the ANC IC in a letter sent last week that there was nothing new to this that would necessitate him to provide a different explanation to the one he provided about payments to him by Mackay.