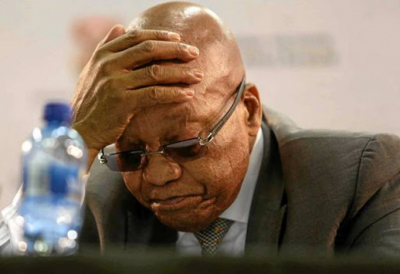 When Zuma’s trial was meant to start in mid-May, the former president added a last-minute special plea for Downer’s recusal, saying he lacked independence.

"[Zuma] is mistaken in thinking that the reason he is being prosecuted is because I want his prosecution and conviction to be my legacy.

"The real reasons he is being prosecuted are, following the orders of the court in the spy tapes and permanent stay matters, the state believes that it has at least reasonable prospects of success and it is important that the charges against him be tried by this court,” Downer said in an affidavit filed in the KwaZulu-Natal High Court, in Pietermaritzburg, on Wednesday.

This in response to Zuma's special plea challenging Downer's role to prosecute and calling for his recusal. In addition, if he’s successful,Zuma also wants to be acquitted.

His trial finally kicked off last month, with Zuma and his co-accused in the case, French arms dealer Thales, both pleading not guilty. But it was then postponed,after Zuma’s legal team put his special plea on record.

In an affidavit he deposed in support of his special plea, Zuma argued Downer was without "the attributes necessary for a fair trial – independence and impartiality".

But Downer said he was designated to prosecute the case by the former directors of public prosecutions (DPPs) in KwaZulu-Natal, Moipone Noko, and her successor, ELaine Zungu, adding that Zuma’s special plea was misplaced.

He said Zuma could have brought an application for his removal and replacement.

"What such an accused may not do, however, is seek such removal through the device of a special plea in terms of section 106(1)(h) of the Criminal Procedure Act [CPA]," said Downer in his affidavit.

Even if the court were to uphold it, Downer insisted his colleagues could carry on the case without him and Zuma would not then be entitled to demand an acquittal.

He said Zuma was not allowed to seek the same relief he sought then, now.

"His claim for that relief has been finally adjudicated upon by a court of competent jurisdiction," he said.

The case centres on the dodgy multi-billion rand arms deal the state struck with Thales in the 1990s.

Zuma is accused of receiving kickbacks through his former financial advisor, Schabir Shaik, in exchange for shielding Thales from investigations.

Shaik was charged with corruption in 2003 and after he was found guilty in 2005, the state went after Zuma and Thales.

Zuma is due back in court next month, when the special plea is set down for hearing.

Twitter
More in this category: « Eskom GCEO Andre De Ruyter cleared of racism allegations. Zulu King Misuzulu says he is ready to work for the Zulu Nation. »
back to top