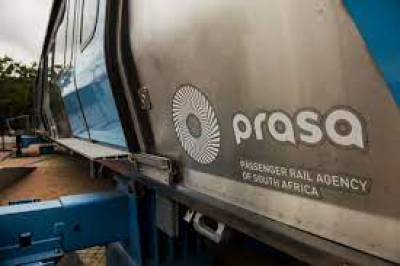 Due to an alarming increase of cases of infrastructure theft and vandalism in schools and in the rail network, President Cyril Ramaphosa says government is working to intensify the efforts of law enforcement agencies to deal with illicit cable syndicates.

The President said this when he responded to oral questions in the National Council of Provinces on Thursday.

"We are working to intensify efforts of law enforcement agencies but also working alongside entities like PRASA to uncover illicit cable syndicates and scrap metal dealers in possession of stolen material.

The President said reports from the Department of Public Works and Infrastructure indicated that there was damage to public infrastructure in areas such as Kimberly, Gqeberha and Hout Bay, including the theft of power lines, among others.

The President said with regards to Basic Education, over 1700 schools across the country were vandalised. Out of these, KwaZulu-Natal, Eastern Cape and Gauteng were the worst affected.

"These incidents of theft have a huge impact in the mobility of commuters, who depend on the affordable Metro Rail services to access economic opportunities in major urban areas.

"Public infrastructure is vital to the lives as well as the livelihoods of South Africans and it is also vital to advancing the interests of our people. It also helps the country achieve its developmental goals."

Meanwhile Cabinet has condemned the recent violent protests in Soweto that resulted in the shutdown of the community and appeals to protesters to exercise calm and restraint.

Cabinet said although the right to peaceful protest is a vital part of a democratic society, it should be exercised within the confines of the law and not infringe on the rights of others.

"Government is committed to working with communities across the country to improve their living conditions," said acting Minister in the Presidency, Khumbudzo Ntshavheni, during a Post Cabinet media briefing held in Pretoria, on Thursday.

Meanwhile, Ntshavheni said Cabinet had commended the work of the multidisciplinary team which seized 800kg of compressed pure cocaine with an estimated street value of R400 million.

"Cabinet expressed concern at the increase in reported cases of vehicle spiking on the country’s highways and secluded roads which have resulted in the robbery and killing of some of the motorists.

"It called on law-enforcement agencies to intensify their efforts to bring the perpetrators of this heinous crime to book. Cabinet called on members of the community to report crime, including drug-related activities to the police and not to take the law into their own hands or resort to mob justice, "Ntshavheni said

More in this category: « Covid-19 Daily Update:South Africa technically enters the 3rd wave with over 9k cases. Sisulu says progress has been made to stabilise Water department. »
back to top