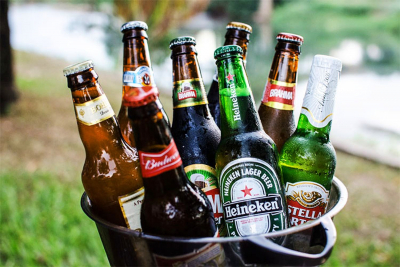 Vinpro, a non-profit company that represents 3,500 South African wine producers, will challenge the government’s adjusted level 4 lockdown restrictions in court this week in a bid to have the prohibition around the sale of alcohol relaxed.

The group, which is set to have its urgent interdict application heard in the Western Cape High Court on Wednesday (7 July), is specifically aiming to lift the ban on the sale of wine in the Western Cape, seeking relief for wine businesses.

"The latest ban of two weeks that has now been imposed follows on 19 weeks of revenue loss over the past 15 months, which has had a devastating effect on the wine and tourism sector that employs more than 269,000 people," said Rico Basson, Vinpro managing director.

"Although wine exports may continue, the industry exports less than 50% of annual production, with the other half sold on home soil. With no financial support from the government for these businesses, their prospects, and that of employees, are extremely bleak."

SAB said it has been left with no other choice but to defend its rights and protect its business, and the group has already imposed an investment freeze of around R5 billion following the previous alcohol bans.

During the 2020 national lockdown, the government imposed an unprecedented total trading ban on alcohol from the end of March to the beginning of June, with further restrictions in place for the rest of 2020.

They also estimate that 15% of the alcohol market has continued to operate illegally, without paying any taxes.

While the government is set to review its level 4 lockdown this week, analysts say that the current restrictions are likely to be extended.

Besides the severe impact it is having on the health sector, the upcoming week’s Covid-19 statistics should influence whether the government decides on an extension of the two-week adjusted level 4 regulations, say economists at the Bureau for Economic Research (BER).

In a research note on Monday (5 July), the group pointed to the previous week of data which shows that South Africa saw record-high increases in daily new infections of above 24,000 on Friday and Saturday.