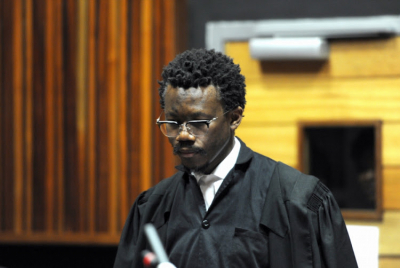 Advocate Tembeka Ngcukaitobi SC has argued in the Pietermaritzburg High Court that former president Jacob Zuma must be arrested by midnight on Wednesday should he fail to present himself to the police.

Ngcukaitobi said the Commission of Inquiry into Allegations of State Capture wanted Zuma’s application to have his arrest stayed dismissed with costs.

The Constitutional Court has ruled in favour of the state capture commission’s contempt case it brought against Zuma over his refusal to take the stand and answer questions, despite the same court having previously ordered him to do so.

Zuma was slapped with 15 months behind bars and given five days to hand himself over to the police. In the event he didn’t – which is how things have now panned out – the court ordered police to ensure Zuma was delivered to prison within three days after that.

But instead of presenting himself for arrest, the former president has launched two separate court bids in an effort to avoid a jail term. The 79-year-old reportedly said on Sunday that the sentence, given his advanced age and the ongoing pandemic, was equivalent to "sentencing (him) to death," as he adopted a defiant posture at his Nkandla residence in KwaZulu-Natal.

During the proceedings, Mnguni pressed the former president’s legal representative, advocate Dali Mpofu SC, whether the high court had the jurisdiction to interfere with a higher court’s order.

Asked by Mnguni why he had not approached the Constitutional Court to stay its order, Mpofu said Zuma was unable to fund "unnecessary litigation".

After two-and-a-half hours of Mpofu presenting his arguments on jurisdictions, among other issues, advocate Tembeka Ngcukaitobi. representing the state capture commission, said the court had three clear-cut grounds to dismiss Zuma’s application with costs.

Resuming after the lunch break, Ngcukaitobi argued the high court had no jurisdiction to hear Zuma’s application.

"Your lordship I already pointed out the anomaly that if one looks at text Section 173 of the Constitution… inherent power is the heading. The wording is the Constitutional Court, the Supreme Court of Appeal (SCA) and the High Courts have the inherent power to protect and regulate their own process and to develop the common law, taking into account the interest of justice.

"Your lordship pointed to this 'own process'. So you do have inherent power, but inherent power over your own process not the process of the Constitutional Court," Ngcukaitobi said.

Ngcukaitobi referenced a separate ruling by the Appeal Court, which stated that the Constitution "does not give any of the courts mentioned therein, including the High Court, carte blanche to meddle or interfere in the affairs of inferior courts".

"If you cannot interere with the functioning of an inferior court how much more with a superior court," he said.

He further said Mnguni should dismiss Zuma’s application as the case was being heard in the wrong court.

Ngcukaitobi also took a shot across the bow at the police and the letter the State Attorney addressed to the Constitutional Court on their behalf this week saying they would not move on last week’s order until the pending litigation had been finalised. He labelled the letter "nonsensical" and suggested Zuma appeared to be "drawing inspiration " from the police’s conduct.