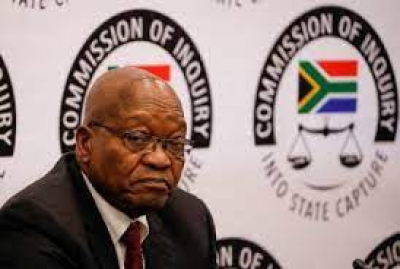 The Pietermaritzburg High Court on Tuesday reserved judgment in the matter brought by former president Jacob Zuma’s, which sought to have his arrest and imprisonment stayed pending his contempt of court rescission application.

The ruling will be delivered on Friday morning.

Zuma was ordered to hand himself over to a police station in Nkandla or Johannesburg on Sunday.

However, the Constitutional Court has since agreed to grant Zuma a rescission hearing on Monday, 12 July, where he will attempt to get the apex court to review its custodial censure of his conduct.

In light of the upcoming rescission proceedings,Minister of police Bheki Cele and Police Commissioner Khehla Sitole on Monday evening indicated that they would "hold further actions"  and not comply with the Constitutional Court’s instruction to arrest Zuma for failure to present himself to police to begin serving his sentence.

Ngcukaitobi argued that they still had no choice but to comply with arresting Zuma by Wednesday.

Mpofu argued that the high court has the jurisdiction to interdict Zuma’s arrest, but Ngcukaitobi said it would be outside the powers of the high to overrule the judgment of not only a higher court, but the highest court in the land.

The state capture commission of inquiry’s legal team went straight for the jugular when it appeared before the KwaZulu-Natal High Court on Tuesday afternoon to argue against Zuma’s desperate last-minute bid to get the high court to effectively stay his detention.

"He has now come to you to ask you to help him to break the law. You should reject that’," Ngcukaitobi told Judge Jerome Mnguni.

"Zuma has literally taken the law into his own hands, that on its own should be grounds for dismissal," Ngcukaitobi said.

"He is presently in defiance of the present contempt of court. This of course is undoubtedly a grave situation," he said, "But grave as it is, our law caters for it."

Ngcukaitobi argued the jurisdiction point the commission had raised – that the high court couldn’t interfere with an order by a higher court, in this case the Constitutional Court.

Judge Mnguni himself expressed "discomfort" with doing so. “If I issue this order, what will it say about the Constitutional Court orders, because this is the apex court?" he asked.

Ngcukaitobi argued the former president should have approached the Constitutional Court itself for the order he was after.

Twitter
More in this category: « NRCS seize illegal treated timber worth R1 million in KZN. NPA backtracks on Interpol red notices for Gupta brothers and wives. »
back to top