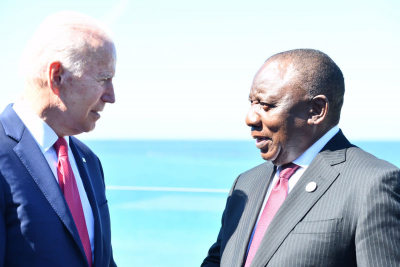 The two agencies on Tuesday said they are working together to identify, investigate and bring to justice criminals with a nexus to both countries.

"Some of the crimes under investigation include international public corruption, cyber fraud, and money laundering. The newly formed partnership has already uncovered emerging schemes perpetrated by promoters, professional enablers, and financial institutions.

"The global fight against financial crimes is not one that can be fought alone by any one country. Our partnership with the South African Revenue Service will soon reveal operational results made possible by our strong alliance and collaborative efforts.

"Taxpayers and tax professionals using offshore and other sophisticated schemes to evade US and South African laws will be uncovered and prosecuted to the full extent of the law,"said Guy Ficco, IRS-CI Director of Global Operations.

SARS Commissioner, Edward Kieswetter, welcomed the collaboration, saying it would assist in the renewed focus on non-compliant high wealth individuals and offshore holdings.

"One of our strategic objectives is to make it easy for taxpayers to comply with their tax obligations and hard and costly for those who wilfully do not comply.

"We trust that this partnership will yield results and also in terms of augmenting our internal skill sets, as we clamp down on illegal activities affecting both our countries.”

A major component of the collaborative effort between the two countries includes an ongoing training initiative led by the IRS-CI.

Meanwhile in an effort to build capacity in the South African Revenue Services (SARS), the revenue collector has entered into a partnership with the South African Institute of Chartered Accountants (SAICA) to meet its skills demand.

The agreement was part of a process of ensuring that SARS has the requisite skills to fulfil its mandate.