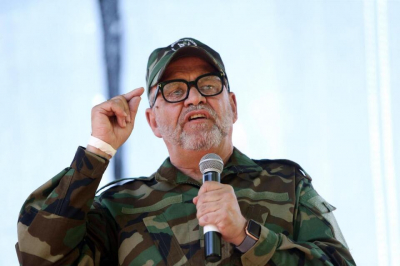 MKMVA spokesperson Carl Niehaus has been temporarily suspended from the ANC.

In a letter dated 7 July 2021, the party's deputy secretary general, Jessie Duarte, informs Niehaus that the NEC has temporarily suspended his membership of the party.

The NEC explained that it was concerned with his "inflammatory speeches" made outside of former President Jacob Zuma’s Nkandla homestead in KwaZulu-Natal this past the weekend.

"The NEC has also decided to temporarily suspend your membership in accordance with Rule 25.56 of the ANC Constitution pending the institution of disciplinary proceedings."

"The NEC has a reasonable apprehension that you will likely continue with your acts of misconduct and cause further damage to the good name and reputation of the ANC thereby bringing the organisation into more disrepute."

"Consequently, in the current volatile political situation in the country, aided and abetted by your incendiary speeches, the NEC has come to the conclusion that exceptional circumstances exist which justify that your temporary suspension come into operation with immediate effect (from the date of receipt of this letter) in accordance with Rule 25.60 of the ANC Constitution and that the seriousness of your transgressions and misconduct," it further said.

"In terms of the powers vested in it in accordance with Rule 25.9 of the ANC Constitution, the NEC has decided to institute disciplinary action against you within 30 days," the party said the letter.

Niehaus, a close ally of both former President Zuma and suspended secretary-general, Ace Magashule, was in Nkandla as part of demonstrations against the former leader being jailed.

He threatened that there would be instability in the country if police took Zuma into custody.

Niehaus says he will be appealing his suspension.

Meanwhile more members of the African National Congress (ANC) could be suspended or have disciplinary actions instituted against them, following the gatherings by former president Jacob Zuma’s supporters in Nkandla over the weekend.

According to ANC spokesperson Pule Mabe, members will not face disciplinary action because of their support for Zuma, but because their actions have been found to constitute misconduct.

In a media briefing, Mabe said Niehaus was not suspended due to his Nkandla visit, but because of his inflammatory statements.

"Such actions constitute acts of misconduct in accordance to the ANC constitution. All ANC members are expected to conduct themselves in a manner that will not put the organisation into disrepute," said Mabe.

"The ANC will never stop any of it’s members from displaying support of an ANC leader. We have a right of freedom of movement in South Africa, we can’t tell our comrades where to go and where not to go. The message we’re sending out is that during Covid-19, where possible we should avoid large gatherings and at all times maintain social distance, to protect our lives. But the ANC will not hesitate to act against actions that seek to undermine its standing in society, liquidate the leadership of the ANC."

Niehaus may be the first of many ANC members who will face the chop should the party’s investigation find more acts of misconduct.

Twitter
More in this category: « South Africa joins forces with US to tackle economic crimes. Decision on extended lockdown for South Africa expected this weekend. »
back to top