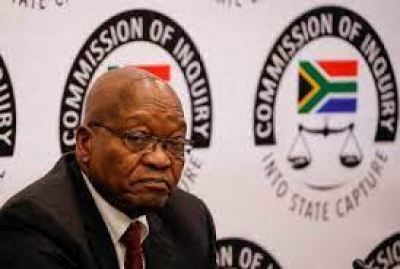 Former president Jacob Zuma’s lawyers have written to the Constitutional Court (ConCourt) requesting a directive that the execution of the committal order for his arrest be suspended pending the outcome of the high court’s decision on Friday and the ConCourt application on 12 July.

The Commission of Inquiry into Allegations of State Capture approached the ConCourt on an urgent basis for an order that would compel Zuma to cooperate with the commission.

The deadline for former president Zuma’s arrest has loomed large today, with a deadline of midnight.

According to News24, a police force that had gathered in Empangeni about 100km from Zuma’s Nkandla homestead was on the move, with the Public Order Policing (POP) Unit to be tasked with crowd control should Zuma be arrested this evening.

The Jacob Zuma Foundation has said it was "very concerned about unfolding developments" and would continue to monitor the situation closely.

In their letter, his lawyers have asked the apex court for more time.

"There is prejudice to the life of our client in the event of the judgment of the High Court ordering a suspension of the commital orders, alternatively the Constitutional Court, rescinding its orders.