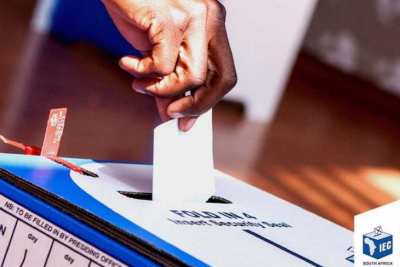 The Electoral Commission on Wednesday announced it has postponed the voter registration weekend by two weeks in light of the third wave of the COVID-19 pandemic currently sweeping the country.

At a special meeting, the commission resolved to reschedule the voter registration weekend from 17-18 July to the weekend of 31 July – 1 August.

The decision was made following a review of the current conditions, including the rate of infections and hospitalisations over the past seven days and its impact on preparations for the registration weekend.

The commission also considered concerns raised by political parties through the National Party Liaison Committee of proceeding with voter registration as well as warnings from health officials and other experts during last week’s oral submissions before the Moseneke Inquiry regarding the risks of proceeding with a voter registration weekend under the current conditions.

Health experts told the inquiry last week that the current third wave of infections was likely to persist until at least the end of the month.

Taking into consideration the various factors including the constitutional time-frame which requires the elections to be held before 1 November 2021 and the minimum period required for the election timetable, the commission resolved to postpone the voter registration weekend to the latest possible date - which is 31 July – 1 August.

"The two-week postponement will have a knock-on effect on certain dates and activities associated with the proclamation and election including delaying proclamation by four days until 6 August.

"However, the commission remains confident that successful elections can be held within a reduced election timetable of 82 days rather than the original 86 days," the Electoral Commission said.

The Electoral Commission has briefed the National Party Liaison Committee on the decision and the revised timelines and plans.

"The commission has taken this very difficult decision in the interests of saving lives of voters, election staff, party representatives and all citizens while still preserving the Constitutional requirement to hold elections."

While the commission accepts that two weeks’ delay may not be ideal to allow the third wave to begin to decline in all provinces, the Commission has very limited scope to move the registration weekend without postponing the elections themselves.

Most party representatives at the meeting welcomed the decision to postpone for two weeks although parties in favour of a postponement of the elections urged for a longer postponement.

The commission is still awaiting the final report of the Moseneke Inquiry into whether the elections can be free and fair if they proceed as scheduled on 27 October.

The inquiry is being led by Former Deputy Chief Justice Dikgang Moseneke who is scheduled to present his report and its recommendations to the commission by 21 July 2021.

The commission said it will continue to monitor developments regarding the COVID-19 pandemic, the outcome of the Moseneke Inquiry and all other relevant factors over the coming weeks.

Any further changes to the election plans will be made in consultation with political parties, government authorities and other key stakeholders and will be communicated with all stakeholders.

Twitter
More in this category: « Zuma's supporters urged to 'soldier on' as he starts jail sentence for contempt of court. Reaction to former president Jacob Zuma arrest last night. »
back to top