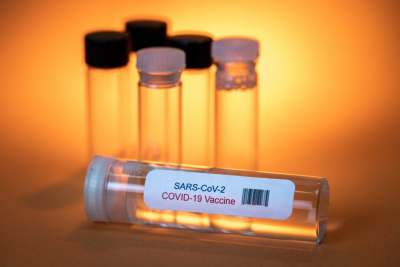 Acting health minister Mmamoloko Kubayi-Ngubane has announced a major boost to South Africa’s Covid-19 vaccination plans, with vaccines now being made available to more age groups and on weekends.

In a media briefing on Friday morning (9 July), Kubayi-Ngubane said that her department held talks with Treasury this week around funding for human capital to allow for vaccinations on weekends, with finances now secured. She said that the start date for weekend vaccinations will be around 1 August.

Kubayi-Ngubane said that the government had also agreed to open up vaccine registrations to people in the 35 – 49 age group.

The minister also confirmed that the Chinese Coronavac vaccine had received regulatory approval in South Africa. These are set to be used alongside the Pfizer and Johnson & Johnson vaccines currently being used in the country, she said.

While Gauteng continues to be the epicentre of the third wave of Covid-19 infections, Kubayi-Ngubane said that it appears that the country is now reaching its peak in cases.

However, she said that there was now concern that the third wave would start to increase in other provinces, including the Western Cape and Limpopo.

The lack of weekend vaccinations is the binding constraint to the South African vaccination programme, according to the latest National Income Dynamics Coronavirus Rapid Mobile Survey (NIDS-CRAM).

The NIDS-CRAM is a study conducted by a national consortium of 30 social science researchers from local universities, as well as groups like the Human Sciences Research Council and the Department of Education.

The survey is a comprehensive and nationally representative survey of how the Covid-19 pandemic and lockdown impacted South African households, with a particular focus on income and employment.

Reviewing Department of Health data on the number of vaccines administered per day shows that there are virtually no vaccinations on weekends, the NIDS-CRAM researchers said.