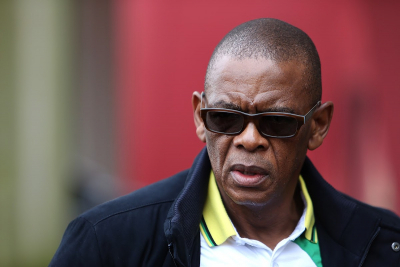 The Johannesburg High Court has ruled that the suspension of ANC Secretary-General Ace Magashule was valid.

In a unanimous judgment, judges Jody Kollapen, Edwin Molahlehi and Sharise Weiner demolished his defences, declaring that the ANC’s Rule 25.7, by which members charged with corruption must step aside, to be legal.

In addition, the court found that Magashule’s midnight “suspension” of President Cyril Ramaphosa on 3 May for allegedly violating the same rule as party president, was illegal.

"There is no substance to the view that the court must grant a declarator (a declaration of legality)… President Cyril Ramaphosa has not been criminally charged,” said Kollapen for the court.  “There is no basis for granting the relief sought."

In a summary judgment, Kollapen said that Rule 25.7, the ANC step-aside rule, is consistent with the ANC’s own constitution and disciplinary code. As to whether the rule violated South Africa’s Constitution, and therefore Magashule’s rights, the court was unequivocal: it didn’t.

Magashule's legal counsel,Advocate Dali Mpofu argued that the step-aside rule violated the principle of audi alterem partem (the right to be heard) but Kollapen said that it was a precautionary suspension pending the outcome of the corruption charges Magashule faced. The court said the Constitutional Court had found such precautionary suspensions did not deny the right to be heard in the Long vs SAB judgment.

Magashule’s matter was brought on an urgent basis back in May, challenging the party’s step-aside guidelines which were hotly debated and adopted at its 54th national conference.

The court found that Magashule had "the fullest opportunities" to be heard at party meetings and the Integrity Commission. He had been a “part of all meetings” where the step-aside rule had been determined and refined.  His claims to the contrary had "no merit and stood to be rejected".

Magashule also lost on his claim that ANC Deputy Secretary-General Jessie Duarte did not have the standing to write his suspension letter.

He has lost with costs.

Magashule intends to appeal the judgment of the Gauteng High Court in Johannesburg that upheld his suspension from the ANC.

"We will appeal the decision of the court," he said.

Magashule said he viewed the judgment as "politics verse the law", adding that "it is wrong and we will appeal".

Twitter
More in this category: « Zuma's urgent bid to stay his arrest is dismissed by Pietermaritzburg High Court. Joburg Mayor Makhubo dies as a result of COVID-19 complications. »
back to top