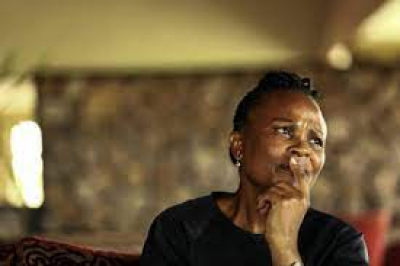 Public Protector Busiswe Mkhwebane has made serious findings against the City of Johannesburg, saying it failed residents of Alexandra.

Mkhwebane released her report on Friday into serious allegations of poor service delivery in the township.

The municipality also lost its mayor Geoff Makhubo to Covid-19 complications on Friday.

The protests led to officials from Mkhwabane’s office visiting the township to probe allegations by residents.

Mkhwebane revealed that "the City’s management and delivery of bulk municipal services do not accord with the duties imposed on it by the Constitution and the applicable law".

Evidence, including observations during an inspection in loco, showed that the municipality had not provided sufficient municipal services to Alexandra in a sustainable manner.

Investigators found that the streets of Alexandra were covered with overflowing manholes, blocked drains and an unpleasant stench in hostels and potholes.

This was caused by the City’s lack of maintenance and degradation of buildings at hostels, resulting in damaged plumbing systems, poor illumination, and unhygienic conditions.

Uncollected refuse or waste lay strewn along walkways and corridors within informal settlements.

Mkhwebane also found heavily polluted surface water on the Jukskei River due to the uncontrolled flow of waste and raw sewer waste into the stream.

The City had been ordered to discuss, adopt and pass a resolution indicating measures to be taken to address shortcomings in its municipal services to Alexandra.

Mkhwebane also ordered that within 30 working days of the date of the report, the City must submit a project plan to the Public Protector’s office for the controversial multi-million rand Alexandra Renewal Project (ARP).