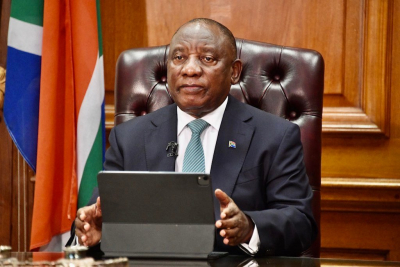 President Cyril Ramaphosa is set to address the nation on Sunday night and it is expected that adjusted lockdown regulations will not change much.

The Level 4 regulations would be reconsidered in 14 days time, the same route taken as to when he first announced them a fortnight ago.

According to reliable sources the school-closure period is to be extended until 26 and adjusted limitations for restaurants are also on the cards to allow a maximum of 50 people indoors.

The ban on alcohol is set to remain in place, but there were calls for a partial ban, especially for the wine industry given the impact on small businesses.

All indications are that the validity period for small business permits will be extended with a grace period that will run until February next year.

It is also expected the national state of disaster will also be extended by another month to 15 August.

More in this category: « Ramaphosa to address the nation on Covid-19 developments at 8pm. Government extends level 4 lockdown restrictions for another two weeks. »
back to top