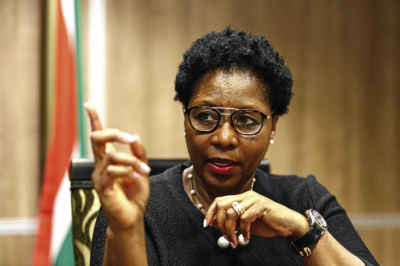 This was on Tuesday revealed by State Security Minister Ayanda Dlodlo during a briefing by the Justice, Crime Prevention and Security (JCPS) Cluster amid violent flare ups in the two provinces.

She said even before the violence flared up, information was shared between the State Security Agency (SSA) and the South African Police Service (SAPS).

"We do this all the time, not only in this period that we are facing. From day one, when everything started, we did share information with the police," she said.

Dlodlo said South Africans needed to understand that “only so much” can be done with the information that is at hand.

The police, she said, would have done their best to follow up on the information given to them.

The task of the latter was only to put a strategic product on the table, emanating from information that would have been collected from the intelligence services of the defence force crime intelligence and SSA.

However, the target was very fast moving, the Minister said.

"We tried our best wherever we could and we affected a lot more than what you see on national television," she said.

Proactive stances taken by both intelligence services of the three ministries and the police averted greater crime. “We want South Africans to rest assured that we avert a lot. What you see is only a part of what could have happened.”

She reiterated that the SSA and the police were not missing in action in the violence.

"We tried our level best in a very difficult situation, "she said, commending staff from the departments for putting their shoulders to the wheel to ensure that information is available.

Twitter
More in this category: « KZN province outlines the plan to counter violent protests. Makhura calls on community leaders to help quell looting. »
back to top