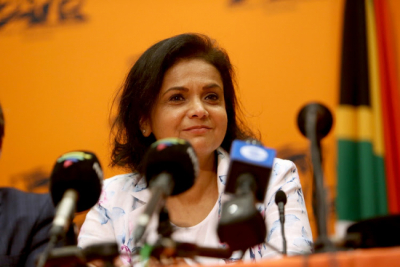 The National Prosecuting Authority (NPA) says those who choose lawlessness, and to destroy the country and its people will face the force of the law.

The warning comes after the wave of looting and property destruction in parts of KwaZulu-Natal and Gauteng.

"The rule of law, one of the basic tenets of our hard fought democracy, must prevail. As lawyers for the people of South Africa, the NPA will uphold the rule of law by ensuring that justice is delivered without fear, favour or prejudice.

"We urge all fellow South Africans to utilise lawful means to protest and make their voices heard, otherwise no one wins," the NPA said in a statement.

The NPA acknowledged that South Africans have a right to voice their opinions and express their discontent through various lawful channels, including peaceful protest actions.

"However, violent protests and criminal looting undermine the rule of law and will damage our country’s economy and development prospects at a very difficult when we are in the grips of a debilitating third wave of the COVID-19 pandemic.

"This violence is not only criminal - it also destroys the livelihoods of many of our people, in particular the poor and most vulnerable, and will disproportionately affect women and children.

"The National Director of Public Prosecutions and the leadership of the NPA strongly condemn the lawlessness and criminality ravaging the country, and they are monitoring developments to better organise the NPA to respond appropriately," the NPA said.

The NPA is working closely with the relevant government departments, particularly the South African Police Service to ensure full and transparent accountability for anyone accused of committing crimes linked to these violent protests and looting.

"The law enforcement authorities must also do what is necessary to prevent further violence and acts of criminality. In particular, the focus must be on bringing to justice those responsible for incitement to commit acts of violence and other forms of criminal conduct.

"Should any special arrangements need to be made with regard to the courts, this will be discussed with the stakeholders, " the NPA said.

According to SAPS, 1 230 suspects have so far been arrested in connection with public violence and looting.

In KwaZulu-Natal, 547 suspects have been arrested, while 683 suspects are in custody in Gauteng.

Twitter
More in this category: « Concerns over fuel shortages as major refinery is forced to close due to unrest. ActionSA pursues lawsuit against Ramaphosa,Cele and DA lays charges against Malema. »
back to top