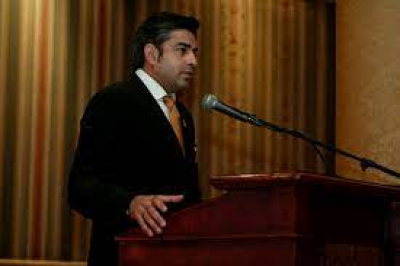 His bail judgment was delivered virtually by Judge Joseph Mhlambi in the High Court in Bloemfontein on Wednesday.

Earlier Mhlambi has postponed the delivery of his judgment on the bail appeal to 2pm on Wednesday afternoon.

This was to allow him to make a determination on "possible" bail conditions should he overturn a previous denial of bail for Sharma.

Sharma is facing fraud charges alongside 16 others for defrauding the Free State Agricultural Department of R25 million in 2015.

He was previously denied bail as he was perceived to be a flight risk, but he appealed.

The granting of bail comes with stringent conditions, including, among other things, that Sharma pledge and hand over his retirement annuity policy to the State within 72 hours of his release.

Sharma's counsel argued that their client was not a flight risk because he had travelled extensively across the globe and still returned to South Africa.

The State, however, previously argued that the application should be turned down as Sharma "has no emotional attachment to South Africa".

"The matter pertains to allegations of fraud in connection with the R25 million feasibility study contract that was irregularly granted to Nulane Investment 204 (PTY) LTD in 2011, a company owned and controlled by Sharma. The company had to provide a report to the department within seven months," Seboka said.

She said Nulane, however, subcontracted the work to Deloitte Consulting Pty Ltd for R1.5 million.

Furthermore, it subcontracted the work already completed by Deloitte to Gateway Limited and paid them over R19 million.

Seboka said the accused face charges of fraud and money laundering. The former government officials are also charged with contravention of the Public Finance Management Act.