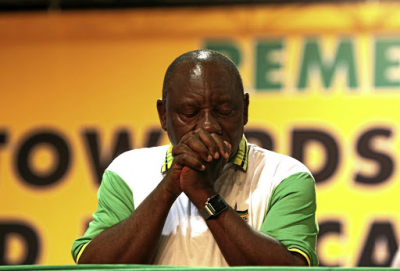 President Cyril Ramaphosa has told the leaders of South Africa’s political parties that the government is intensifying its efforts to stem the violence and looting in various parts of the country.

The president held an online engagement with leaders of political parties represented in the National Assembly.

He said in a statement on Wednesday, that the destruction witnessed by the nation hurt all South Africans, not only those in the affected areas, and it hurt the poor, the elderly and the vulnerable the most.

He also cautioned that several areas of the country may soon run short of basic provisions following the extensive disruption to food, fuel and medicine supply chains.

Leaders of political parties characterised the chaos in the country as ‘an attack on the democratic order’ that requires a multifaceted response in the long term, in view of deep levels of unemployment and poverty.

However, leaders said current conditions called for an immediate restoration of calm and order in communities, enabled by the expanded deployment of the South African National Defence Force as a deterrent to violence and other forms of lawlessness.

Leaders also urged that major transport routes be secured to allow fuel, food, medical supplies and other necessities to reach communities and that the 21h00-04h00 curfew be strictly enforced.

Ramaphosa welcomed proposals made by political leaders and said the expanded deployment of the South African National Defence Force was being addressed," the presidency said.

Advisory group Aon warned Wednesday that the violence and destruction over the last few days have thrown supply chains into chaos and businesses are now scrambling to secure the weak links in their supply chains while trying to safeguard lives and property.

It said the key issue for businesses and supply chains lies in the closure of routes and damage to transport vehicles and infrastructure.

Meanwhile the South African Insurance Association (SAIA) has called on all policyholders who have suffered losses or damage to property to reach out to their respective insurance companies or brokers/financial intermediaries for assistance.

The association said that South African Special Risks Insurance Association (Sasria), a state-owned enterprise and a SAIA member, is the only insurer in South Africa that provides cover for any damage caused during politically motivated riot or public commotion.

Sasria has already given assurances to the insurance agents and brokers that it is well capitalised and has adequate reinsurance programmes with "A" rated reinsurers. Sasria has said it is confident that it will be able to provide for the anticipated claims.