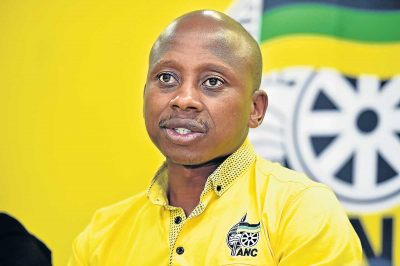 "This serves to inform you that Comrade Andile Lungisa has been suspended for 18 months by the provincial disciplinary committee (PDC) following his being charged for violating rule 25.17.2 of the ANC constitution," reads the letter to ANC Nelson Mandela Bay regional task team co-ordinator Luyolo Nqakula.

The rule under which Lungisa was suspended relates to ANC members convicted in a court of law and being sentenced to a term of imprisonment without the option of a fine for any offence.

Lungisa was convicted of assaulting DA councillor Rano Kayser by smashing a glass jug on his head during a rowdy meeting in council chambers in 2016.

He was convicted by the Port Elizabeth Magistrate’s Court in 2018 and his appeals to the Eastern Cape High Court, the Supreme Court of Appeal and the Constitutional Court were unsuccessful.

He was sentenced to two years imprisonment but was released on parole after only serving two months.

In April, Lungisa was ordered by Eastern Cape High Court Judge Elna Revelas to pay Kayser R844 000 for the pain and suffering he caused him.

Ngcukaitobi said the PDC also directed Lungisa to attend anger management classes for 12 months as part of his rehabilitation process.

He can still appeal the sanction with the ANC’s national disciplinary committee.

Lungisa distanced himself from claims he was instigating looting seen in KwaZulu-Natal and Gauteng as part of the #FreeJacobZuma protests and subsequent looting.

Twitter
More in this category: « Government confirms 208 more looting incidents reported overnight in Gauteng and KZN. Government wants 25,000 more soldiers to be deployed to restore order. »
back to top