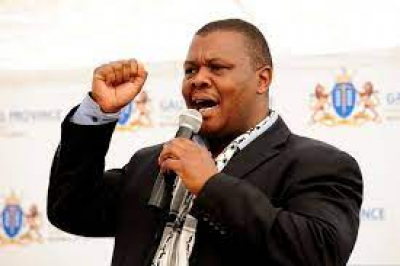 Gauteng MEC for Public Transport and Roads Infrastructure, Jacob Mamabolo, has appealed to communities to act responsibly in order to safeguard efforts to rebuild the economy.

"We therefore make an appeal to communities in Gauteng to act responsibly and desist from acts of lawlessness that have resulted in economic and social disruptions," the MEC said on Thursday.

Mamabolo said he was deeply concerned about the effects of the ongoing unrest on the already battered provincial economy and the taxi industry in particular.

He commended the cooperation between law enforcement and taxi drivers, who have taken a "firm and decisive stance against acts of rampant looting, destruction and criminality".

"It is within this context that we welcome and appreciate the stance taken by the taxi industry to defend their business around malls and commercial sites.

"We further appreciate that the industry is working with law enforcement agencies and communities to protect these important sites.

"We also commend various structures in our communities that are working with law enforcement and other agencies of the State to restore law and order across our province," Mamabolo said.

The MEC said the unrest could revive simmering conflicts between taxi associations over routes at this difficult time.

"It is of utmost importance that the industry protects its interests, as this will contribute to peace and stability. The unrest, looting and destruction of commercial sites and malls was likely to lead to conflicts and fights for lucrative routes," Mamabolo said.

The current volatile situation has seen workers and residents struggling to get to their places of employment and elsewhere due to safety concerns and limited access to transport systems.

Mamabolo further commended the taxi industry for being available to transport commuters in the midst of instability and for maintaining public transport services, in line with the province's vision of Smart Mobility.

"Their stance in protecting lives and property is most encouraging during this time of untold devastation and despair.

"The industry bore the brunt of the lockdown regulations, which led to revenue dropping significantly and left many operators/owners in financial difficulty.

"The outbreak of the pandemic has had a significant impact on the taxi industry and the latest unrest could serve as a trigger leading to conflicts over routes in the province," Mamabolo said.

Mamabolo said restoring calm and stability in the province is of critical importance, so that attention is paid to efforts to reboot the economy.