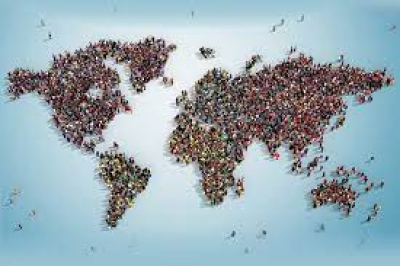 Statistics South Africa has published its mid-year population estimates for 2021, showing that the country’s population continues to grow, to 60.1 million people.

StatsSA also provided a breakdown of demographics, including the estimated shifts among different racial population groups. Black South African estimates increased by 486,602 over the period, while the country’s coloured population grew by 47,228. The Asian/Indian population group added 4,109 over the last year.

Notably, while South Africa’s white population still maintains its proportionate make-up of the overall population, at 7.8%, this has steadily declined over the years, from 7.9% in 2019, 8.1% in 2016, and 9.0% in 2011. Stats SA pointed to emigration as a key factor in this declining trend.

Migration data over the 2016-2020 period shows that South Africa has seen a massive influx of foreign nationals over the last five years. Stats SA estimates that between 2016 and 2021 South Africa is expected to see net international migration of 852,992 people into the country.

This includes a large number of people entering the country from Africa (894,365), as well as a smaller number from Asia (49,854). However, the stats body estimated that around 91,000 white South Africans will have left the country over the period.

Stats SA’s migration assumptions are in fact lower than previously reported – in 2020 it was expected that 115,000 white South Africans would have left the country by 2021.

One reason for this lower number could be the Covid-19 pandemic, which Stats SA said had an indirect impact on migration data, and affected 16 of the 60 months under review.

"There is a marked reduction in international migration, which is indicative of the Covid-19 travel restrictions globally over the past 16 months," it said. However, it noted that internal numbers have not been as affected because internal mobility over this period has been temporary.

Overall, Stats SA estimates that 611,500 white South Africans have left the country over the last 35 years, contributing to the declining trend.

Stats SA’s population figures are based on estimates from a cohort. While it is considered an accurate reflection of the demographics of the country, it can change based on new information.

The most accurate way to get population figures is from a national census, with Stats SA expected to conduct one in October 2021.