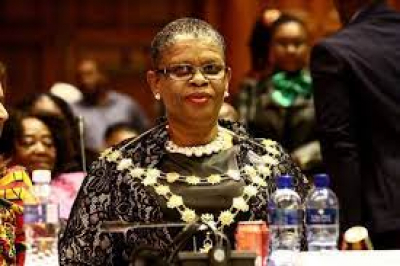 Former eThekwini Mayor Zandile Gumede has opened a case of crimen injuria at the Mtshebheni police station in Inanda north of Durban.

This is after social media posts saying that she is one of the instigators of unrest and looting that gripped KwaZulu-Natal and Gauteng in the past week.

According to SABC,Gumede and her lawyer, Bulelani Mazomba, met with police behind closed doors. Mazomba said they have provided the police with printouts of social media posts together with a sworn statement by Gumede.

Gumede, who is currently a member of the KwaZulu-Natal legislature, said she is being falsely accused by faceless people.

"I cannot run to anywhere. The only place I can run to is the police station because I am telling you these are pure, pure lies. But they need to be investigated so that these people who are doing it, will never ever do it again."

Gumede has expressed her sympathy to those who have suffered losses in the unrest.

Meanwhile six more individuals, alleged to be instigators involved in the recent civil unrest, have been arrested.

This was revealed on Monday by Acting Minister in Presidency Khumbudzo Ntshavheni during an update on the progress the government has made since the beginning of the unrest in KwaZulu-Natal and Gauteng.

"We have got six others of the key instigators and of those arrested three suspects have already appeared but they were remanded in police custody for bail hearings later in the week," said Ntshavheni.

"We understand that there may be an appearance the police will update us on."

She said that one of the alleged instigators who was arrested has since been granted bail. According to a NatJoint statement, details of the case will be provided at a later stage.

Twitter
More in this category: « Consumer watchdog warns against inflated prices for essential goods. Big changes proposed for state of disaster and lockdown laws. »
back to top