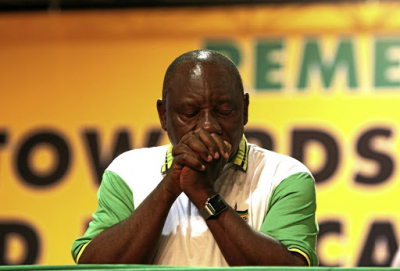 The Gauteng High Court in Pretoria has dismissed with costs, the EFF's application to have the bank statements of President Cyril Ramaphosa's CR17 campaign made public.

The Economic Freedom Fighters approached the court to force the disclosure of the statements in an application linked to Public Protector Busisiwe Mkhwebane's invalidated report on the CR17 campaign finances.

During the course of that litigation, Gauteng Deputy Judge President Aubrey Ledwaba agreed to a request from Ramaphosa's lawyers for the bank statements to be sealed on the basis that they contained confidential donor information.

The EFF later challenged that decision.

While Ishmael Semenya SC, for the EFF, was at pains to say that the party was not insinuating that there was anything "untoward" in the donations to the campaign, he argued that when information that was supposed to be public was kept confidential, there was a danger that politicians would use public office to further the agendas of benefactors.

Wim Trengove SC argued for Ramaphosa that the EFF had previously enjoyed full access to the CR17 bank statements but had not considered them relevant enough to include in the court contest between Ramaphosa and Mkhwebane. He criticised them for coming after the fact to claim the sealing had been improperly granted.

Earlier this month, the Constitutional Court dismissed Mkhwebane's efforts to challenge the invalidation of her report on the campaign finances.

The judges further upheld the finding of the lower court that the Public Protector was "plainly not authorised" to investigate the affairs of the CR17 campaign, because these did not relate to the activities of an organ of state.

Mkhwebane’s suspicions of money laundering were dismissed by the ConCourt as not being supported by the available evidence.

"It appears that she… reached a conclusion that was devoid of any factual foundation," wrote Judge Chris Jafta.

Once again, it also did not fall within the Public Protector’s powers to investigate money laundering allegations.

The only judge to dissent on the ConCourt bench was the outgoing chief justice, Mogoeng Mogoeng. He wrote that his interpretation of the original complaint laid by the DA leader Mmusi Maimane meant that Mkhwebane was indeed entitled to investigate every aspect of the President’s CR17-related conduct that she considered questionable.